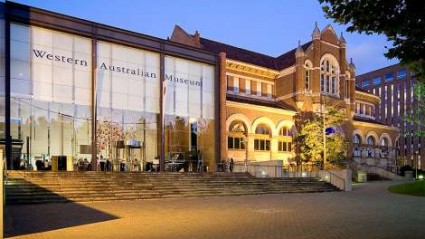 Set to shut for four years for a $428 million redevelopment, thousands of people visited the WA Museum yesterday on the final day before it closed its doors.

Explaining that the closure was a momentous occasion, Western Australian Minister for Culture and the Arts, John Day stated “to get a really world-class new building developed, we do need to close the whole site and move all of the historical objects out of the current buildings so that they won't be damaged and also so that the heritage buildings can be integrated into the new development.

"If we really wanted a good result, there was no alternative than to close on this site while the construction occurs, but it will be worth it."

Minsiter Day said the new museum would tell the stories of Western Australia and its place in the world, as well as becoming a great space for international exhibitions.

WA Museum Chief Eexecutive Alec Coles said while the main site in Perth would be closed, people would still be able to visit exhibitions at other sites.

Coles told the ABC “we're still open for business all over WA - remember we have got five other sites, but over that period we're going to be developing something here that I believe West Australians will be really proud of.”

With a current temporary exhibition space of less than 400 metre², whenit reopens in 2020 the Museums will have a space of 1000 metre², sufficient to accommodate most international exhibitions.

Coles added “we have been on this site in some fashion for 125 years, I know this site will be dark for four years, but when we open we'll be bigger and better and really fit for purpose.”

As part of the museum's farewell celebrations on Saturday visitors took part in dinosaur encounters, craft activities, entertainment, and an Aboriginal art program.

The Museum’s Head of Visitor Services, Sue Murray, has worked there for 22 years and seen thousands of people come through the doors.

She said while it was sad to see the museum close, it would be a wonderful space when it reopened.

Murray added “these historic buildings, even though they are beautiful, they were never designed as museum buildings.

"With the new museum, we are looking forward to having bigger and better exhibitions than what we've got now."

While closed, the majority of the collections from the WA Museum would be re-housed at the Fremantle Maritime Museum.