Violence is not the key attraction in Mixed Martial Arts 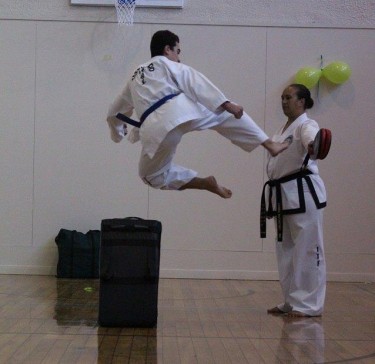 Violence is no longer the key marketing message used to promote Mixed Martial Arts (MMA) according to recently research published by the International Journal of Sports Marketing & Sponsorship.

The study, led by Professor T. Christopher Greenwell of the University of Louisville, analysed how Mixed Martial Arts are promoted in the USA, Europe and Asia.

The results showed that violent images or text was used in just 13.4% of promotional artwork and 21% of news releases and was generally limited to smaller European organisations.

The likes of the Ultimate Fighting Championship (UFC) very rarely use violence to promote the sport, instead relying on the promotion of personalities.

Commenting on the findings, Professor Greenwell explained “in the early days the sport was marketed as a violent, blood sport, and roundly criticised for doing so.

“The violent aspects of the sport can be exciting and can provide powerful images for marketing; however a focus on these aspects may be detrimental to a sport’s core image.

“The paradox is especially true in MMA where a focus on the violence may take away from the progress the sport is making in transforming from its barbaric early days to a respected, mainstream sport.

“Considering the success that movies and television have had in promoting gratuitous violence, one may assume a combat sport, such as MMA, would take that route as well. However, this study found very few organisations were using violent text or imagery in their promotional materials, and when they did, the violence was typically mild.

“As such, it can be argued the sport of MMA has evolved beyond its early days, when violence was highlighted, and into an era where organisations would much rather promote the competitors and focus on the sporting aspects of the event rather than the salacious aspects.”

The research reviewed studies that analysed the motivating factors for spectators watching MMA, which show that violence was well behind other aspects such as drama, aesthetics, vicarious achievement and crowd experience.

The study illustrates that MMA organisations are in-tune with what their consumer bases are seeking and demonstrates a sophisticated understanding of the market on behalf of organisers.

It also suggests that promoters of MMA have a sophisticated approach to marketing the sport and building their brands by employing marketing tactics strategically to ensure that the right message is being deployed at the right time for long-term development of the sport.

For more information on the study, Is violence used to promote Mixed Martial Arts?, click here to visit the International Journal of Sports Marketing & Sponsorship homepage.

The International Journal of Sports Marketing & Sponsorship is published by IMR Publications.