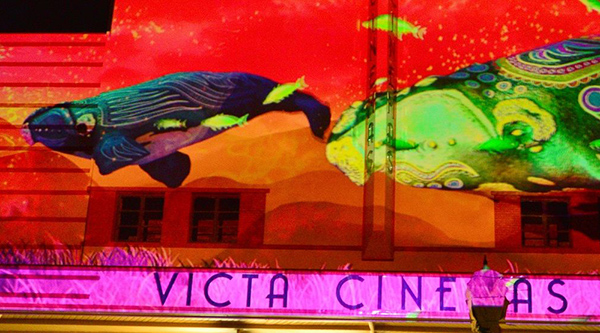 Victor Harbor Council has purchased the Victa Cinema as a part of its plans for an Arts and Cultural Centre in the South Australian town.

The cinema purchase forms part of the Council’s vision to reactivate the town centre and establish Victor Harbor as a regional arts and culture destination. The Council consider an Arts and Cultural Centre will assist to cultivate arts and cultural activity by providing a hub for local artists, groups and the broader community to meet, work, exhibit, collaborate and learn.

The cinema will be incorporated into the initial Arts and Cultural Centre proposal, expanding the facility’s footprint beyond the Town Hall and Old Library buildings (now the Coral Street Art Space) in Coral Street.

The $1.6 million purchase for both the cinema business and freehold title is scheduled for settlement in October 2020 with Council currently considering its options for the interim management of the cinema while a longer term plan for the Arts and Cultural Centre is developed.

Initial concepts for an Arts and Cultural Centre were developed in 2017 and centred around the redevelopment of the two heritage listed buildings. While public consultation on the initial concept highlighted a strong desire for an arts and culture facility in Victor Harbor, it also identified some community concern around some of the proposed design aspects, namely the capacity of the space and desire for tiered seating.

City of Victor Harbor Mayor Moira Jenkins advises “with the cinema abutting the Town Hall and Old Library buildings, it provides the perfect opportunity to combine the spaces and enhance the offering of the proposed Arts and Cultural Centre.

“Including the cinema into the overall footprint of the Arts and Cultural Centre will help address community concerns with the potential to expand its use as a live performance space and take advantage of the existing tiered seating.”

The Council said while it is looking at opportunities to diversify and enhance the use of the space, it will continue to operate as a cinema.

Mayor Jenkins adds “The Victa Cinema is highly valued by many residents and visitors, and we want to see this remain a key part of the town’s entertainment offerings.”

The Council has allocated $100,000 in its draft 2020/21 budget to progress detailed architectural design of the Arts and Culture Precinct with the inclusion of the Victa Cinema. As the plans develop, there will be further opportunities for the community to get involved in the project.