Vector Arena one of busiest venues of its size 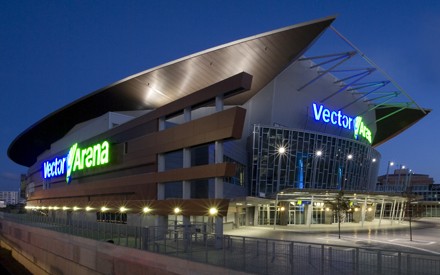 Over 300,000 patrons attended events at Auckland's Vector Arena in 2009, making the arena one of busiest venues of its size in world.

December was a particularly busy month for the venue with events including a public address by the Dalai Lama and two shows by Green Day. Earlier in the year audiences at Vector Arena were entertained by top international acts including Eric Clapton, Cold Play, Simon and Garfunkel, The Killers, Andre Rieu and Black-Eyed Peas. Along with international acts, local activity came from the Silver Ferns, Vodafone NZ Music Awards and Westfield Style Pasifika.

As Vector Arena Chief Executive Guy Ngata explains, "itâs been a very busy year and there is no let up in sight in 2010, with plenty of world-class artist already booked (and ) that was before the recent announcements that Lady Gaga, Carole King and James Taylor, and Michael McDonald, Boz Scaggs and the Mick Fleetwood Blues Band will play here in March and April."

Those concerts have been slotted into an already busy schedule that includes Cliff Richard and the Shadows, Faith No More, The Pixies and Kelly Clarkson.

Confirmation that Vector Arena as one of the busiest venues of its size in the world was confirmed by statistics in international industry magazine Venues Today. Venues Today rated Vector Arena as the number two 'Top Stop' in the 10,000 to 15,000-seat category, based on the number of tickets sold over the past year to the end of October.

Ngata adds "New Zealanders are definitely getting the cream of the touring crop, which is what Vector Arena is attracting here, There are still significant artists about to announce shows in 2010 so stay tuned."