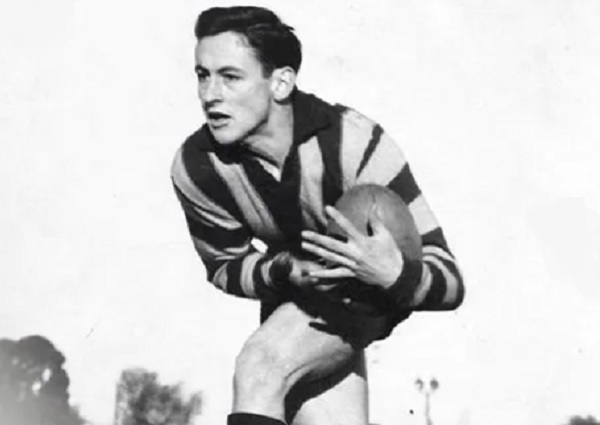 Edwards, who played for Hawthorn in the Victorian Football League from 1956 to 1963, passed away peacefully in May this year at the age of 85.

For Hawthorn, he was talented midfielder known for his high level of fitness, chalking up 109 games in the brown and gold guernsey between 1956 and 1963.

He was recognised as the club’s best and fairest player in 1960 - a dominant year that also saw him represent Victoria in interstate football. 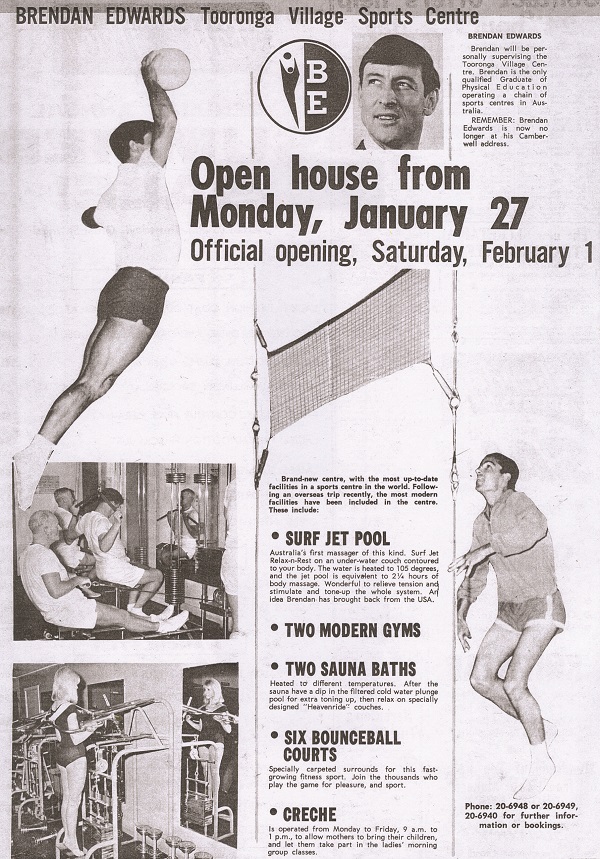 Subsequently, he was named as wingman for Hawthorn's Team of the Century, an inductee in Hawthorn's Hall of Fame, and a life member of the club.

Known throughout his VFL career to his fitness, after being forced to retire from the game went on to found the Brendan Edwards Sports Centres group of clubs in metropolitan Melbourne becoming an influential fitness pioneer through the 1970s - with many of the messages he was conveying then, about weight and inactivity, being as relevant now as they were then.

The late 1970s saw Edwards relocate to the Gold Coast, developing the Club Pacific health resort; getting involved in commercial and residential property development and helping condition the Brisbane Bears (now Lions) in the early years of their AFL history. 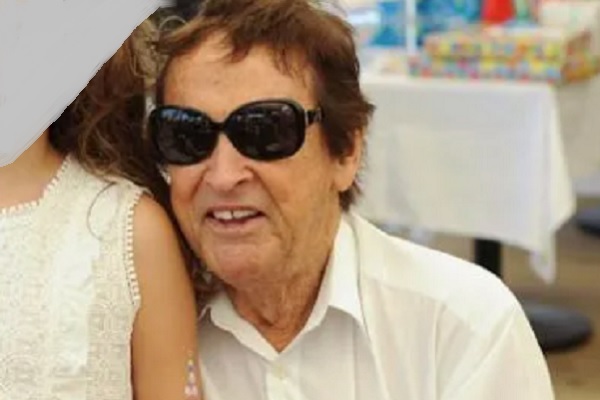 Increasing involvement in property development took Edwards away from fitness and recreation but he always maintained an active interest in the industry while also developing a career as a motivational speaker and business mentor.

An acknowledgement from Hawthorn FC noted "Brendan’s career culminated in the inaugural 1961 premiership, where he put together an impressive best on ground performance, amassing over 33 disposals.

"A passionate advocate for all things health and fitness, Brendan pioneered the Hawks’ circuit training model that helped drive the club towards its 1961 premiership – a framework that continued to be utilised throughout the John Kennedy Snr coaching era."

Edwards viewed his post-sporting career in fitness as being more significant than his VFL career and, to the end, his Facebook page read "my life has primarily been involved in health and fitness centres".

Brendan was also a personal friend.

References to Brendan Edwards generally focus on his sporting career. A centreman for Hawthorn from 1956-61 and again in the 1963 season, he was the Hawks 1960 Club Champion and eight-time interstate representative. His finest hour is generally acknowledged to have been the 1961 VFL Grand Final game against Footscray where he gathered 33 kicks in the Hawks first ever Premiership.

In 1962, at the age of 25 he retired from football, but was coaxed back in 1963 only for a dislocated knee to end his career mid-season. In all Brendan made 109 appearances for Hawthorn scoring 29 goals and made four finals appearances for the Club. His contribution to the Club was recognised by his being named in 1999 as a member of the Hawks ‘team of the century’.

While many sports people spend their years in retirement reflecting on former glories, Edwards developed an entirely new career after retiring from Hawthorn.

The roots of this can be seen in acknowledgement to his off-the-field contributions to Hawthorn’s footballing success - Club histories referring to Edwards as ‘a fitness fanatic’, being ‘ahead of his time’ and for having ‘exceptional endurance’.

Of mid stature, and in ‘team of the century’ artwork looking decidedly diminutive alongside the likes of Dermott Brereton and Robert DiPierdomenico, having trained as a teacher, Edwards undertook a diploma in physical education at Melbourne University during his early years at Hawthorn and, from 1958 to 1961, he also combined his football career with teaching physical education at Swinburne Technical College.

From this experience Edwards developed a personal strength and fitness regime that would make him one of the fittest players in the VFL.

Recalling that “in those days gyms were essentially places where big fellas went for body building,” Edwards’ innovation was in developing gym-based circuit training (a punishing, non-stop drill of press-ups, squats, sit-ups and other exercises), very much the fore-runner of what came to be known as aerobic fitness, being exercises performed at moderate to high levels of intensity for extended periods of time and thus maintaining an increased heart rate.

Part of this regime also saw Edwards invent Bounceball, an activity that combined trampolining with volleyball, a form of training to help improve balance, flexibility, agility and stamina.

From joining Hawthorn in 1956, the Club’s coaching staff were initially sceptical of Edwards’ strength and fitness regime and he was forced to undertake his program in addition to the Club’s traditional training. However, he soon had the whole club following his example and was responsible for revolutionising the Hawthorn training schedule with the players’ fitness being a major factor in the Club’s 1961 Grand Final success.

Retired from football, Edwards recalls, as long ago as 1963, “noting a decline in activity levels among the general population that could only lead to a decline in public health.”

Significantly, Edwards today views this post-sporting career as being more significant than his VFL career.

In 1964, he opened the Brendan Edwards Sports Centre at Camberwell, which included then state-of-the-art features such as surf jet pools, a sauna, a crèche along with a gym, swimming pool, and six Bounceball courts. Designed personally by Edwards, the centre realised his ambition to promote fitness and health to the wider population at was Australia’s first multi-facility fitness and recreation centres.

At the same time, Bounceball grew in popularity with the establishment of eight beachside Bounceball centres during 1966, each with eight courts. By early 1967, some 40,000 Victorians participated in the sport.

1967 also saw Edwards open a ‘fitness farm’, on the Yarra River at Bulleen, which produced the Hawthorn team nicknamed ‘Kennedy’s Commandoes’. With the Hawks’ on-field fortunes in decline, the commando course which Hawthorn’s players were put through was seen as a contributing factor in the Hawks’ second Premiership in 1971. Then team caption David Parkin made the farm project the basis of a thesis he wrote at the University of WA, giving generous credit of Edwards as its creator.

1969 saw the opening of furthers Brendan Edwards Sports Centres in Sunshine and Tooronga Village, the latter site incorporating the earlier Camberwell facility, and Forest Hill. (Of these centres, the Tooranga club still operates - today as a Fernwood Female Fitness franchise.)

Looking at promotional materials for these clubs, while the hairstyles of the participants have changed, the messages and products offered have not. And within Edwards’ extensive archive from his wide-ranging career, Edwards was seen as an influential fitness pioneer in the 1970s - with many of the messages he was conveying then, about weight and inactivity, being as relevant now as they were then.

Despite Edwards and the fitness industry’s best efforts, 35 years on it is sad to realise that such challenges are now more confronting.

At these centres, Edwards mentored many staff who themselves became influential in the industry. Terry Moore, Alan Olney and Robert Ward of the ultimately ill-fated 1980s fitness club franchise Lifestyle fitness began their careers at Edwards’ Camberwell club.

In 1983, Lifestyle Managing Director Moore acknowledged Edwards contribution to his career when he stated “Brendan Edwards really inspired today’s popular style (of fitness centre) with his original centre at Camberwell.”

1973 saw another innovation from Edwards, at a site in Wattle Park, which had a hand in the Hawks’ 1976 Premiership. Here the tools were house bricks, used in chest leaps and body-prone lifts, and 'Ex-O-Rings' (another Edwards invention for ‘resistance running’ - which he later marketed as an in-home fitness aid).

During these years Edwards was also a prominent media personality with frequent appearances on television including exercise segments on the Today breakfast show.

The late 1970s saw Edwards relocate to the Gold Coast, developing the Club Pacific health resort on the Gold Coast; getting involved in commercial and residential property development and helped condition the Brisbane Bears (now Lions) in the early years of their AFL history.

Increasing involvement in property development took Edwards away from fitness and recreation but he has always maintained an active interest in the industry while also developing a career as a motivational speaker and business mentor.

While the above conveys a career, it does not convey Edwards' open, warm-hearted and inspiring persona. Even today, as he enters his 71st year, when meeting Edwards it is easy to appreciate how his people skills would have motivated generations of Australians to be active. In an age when we tend to look forward rather than back, Brendan Edwards innovation and experience can still inspire.