Unveiling for new foreshore park at Barangaroo on Sydney Harbour 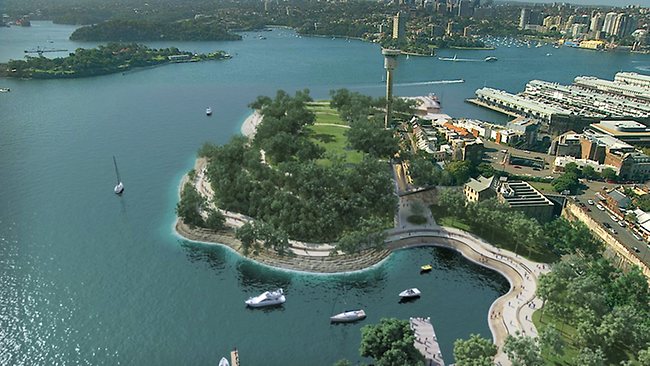 While Sydney’s newest public park will not open until July, the Barangaroo Headland Park has been revealed by landscape architect Peter Walker.

The six hectare harbour foreshore park, being created as part of the Barangaroo development, is approaching completion with about 70,000 of the area's 75,000 Sydney native plants already in place on the headland.

A feature of the six-hectare open space is a rugged sandstone topography inspired by the naturalistic pre-1836 shoreline of the historic Port Jackson area before it was levelled to ultimately create a dockyard.

The park comprises trees, bush walks, rock pools and a terraced garden that leads to a foreshore comprised of 6,500 of the 10,000 sandstone blocks quarried on-site.

During visits by media and landscape architects, lead designer Peter Walker of PWP Landscape Architecture explained how the design has recreated the shoreline, stating “you put the headland back and there is a view in every direction.

"We took the forms from paintings, drawings from people on the site who went around and sketched edges and through computer devices we tried to work out what it would have been.”

Walker, whose projects include the National September 11 Memorial in New York, said the almost-completed headland would offer Sydneysiders something they could not find elsewhere in central Sydney: native bushland recreated "so accurately that you can pretty much take to the bank that it's legitimate." 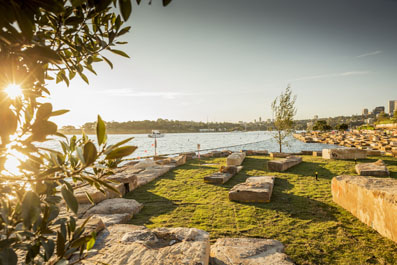 Pittendrigh said only about 1% of the plantings had not endured, despite conditions he described as "horrific" during afternoon summer storms.

The headland also includes completely new additions, such as a cavernous cultural centre, as well as manmade features not seen for generations, like the 1820s Munns Slipway uncovered during the construction of Nawi Cove.

He stated that it is “very rare that a city gives back a headland that it destroyed.”

For more information go to www.barangaroo.com/discover-barangaroo/barangaroo-point.aspx