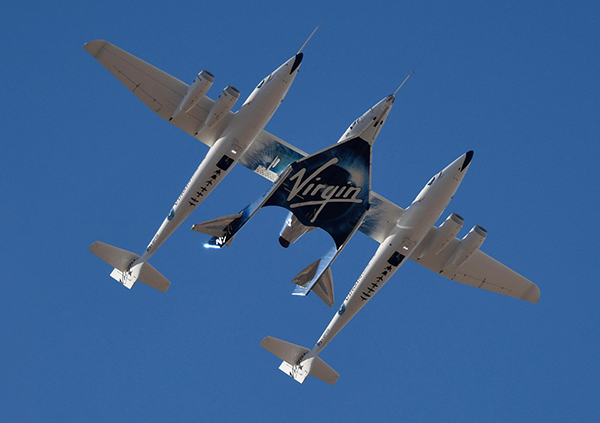 In late 2018, Sir Richard Branson claimed his Virgin Galactic service would be taking passengers into space by the end of 2019. University of South Australia (UniSA) Professor in Tourism, Dr Marianna Sigala, says the time has come for Australian industry leaders, from sectors including space, tourism, food, health and education, to be actively developing strategies aimed at ensuring Australia is a key global player in future space tourism.

Professor Sigala explains “we can’t afford to ignore this any longer, because it has such huge potential to become a major industry delivering many multiplier economic effects - Australia can build a whole tourism ecosystem with numerous sub-economies around space tourism.

“If you have a spaceport in Australia, people don’t just fly in and fly out; they need to be fed, insured, they need medical checks, psychological support and training, they will have family with them who will need to be accommodated and all these extra dimensions would develop into a network around space travel.

“And you also have those people who want to go to space but for health reasons, can’t, so developing simulation services, like a space-themed ‘park’, on Australian ground is another opportunity for a new ‘tourism’ attraction.”

Whether or not Branson meets his deadline, most experts agree it is only a matter of time before commercial space travel becomes a reality, and there are growing indications Australia could play a key role in the emerging space tourism industry.

Branson has made it clear he thinks Australia is an extremely attractive location for a spaceport, telling the ABC earlier this year, "We would love one day to set up an operation in Australia and to work with the Australian government in making that possible.”

Australia already has eight travel agencies partnered with Virgin Galactic, and Prof Sigala says while prices for a ticket are currently very high, when they start to fall, as they inevitably will, it is essential Australia has already established a place in the industry.

Professor Sigala added “this sort of travel won’t just be for the rich for long, because the demand will be so great it will eventually make it more accessible.

“People will want to go to space for all sorts of reasons - adventure, spiritual wonder, even to gain fame and celebrity - and they will be willing to pay a lot of money for that experience and the services around it, so it is important Australia can provide that to them.”

Prof Sigala also notes we shouldn’t underestimate the potential social good that could arise from regular routine access to space.

She believes space tourism could provide greater opportunity and funds for scientific research, bring down the costs associated with other orbital technology such as satellites, and possibly provide new perspectives for travellers’ understanding of Earth and the universe, concluding "space tourism falls into the category of what is known as ‘transformational services’, which are consumed not just to satisfy basic survival needs; transformational services enable people to rethink and re-set their value system, their priorities and way of thinking, to learn and to self-develop, to change their attitude, mindsets or their behaviour or perception about certain things.

“Anyone travelling into space and seeing the Earth from above, even if it is only for a very brief period of time, will likely be psychologically and socially transformed by the experience in some way.

“This is what makes space tourism something more than just a trip for the rich – the experience will have deep meaning for many people, so I believe the space tourism industry can expect to see strong growth and demand, even after the novelty of being one of the first to experience it has passed.”