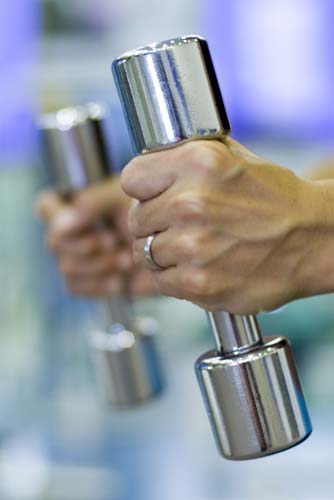 In a market once dominated by hotel-based fitness facilities, recent openings of independent clubs and the arrival of international chains are changing the face of the fitness industry in the United Arab Emirates.

Reflecting a major change in the fitness business across the Arabian Gulf, new clubs offer the latest in fitness equipment, are women-friendly (often with separate, single sex facilities) and are also much cheaper than their hotel-based rivals, with some charging as little as Dh30 per day.

New openings include small boutique gyms such as Beyond Health Club, Fit Studio and Mamoura and Haddins in Dubai.

The arrival of larger brands includes recent openings of clubs by US chain Gold's Gym in Dubai.

Across the region, Dubai's Landmark Group, owner of Fitness First's Middle East franchise (pictured below), is to invest US$150 million as part of a three-year regional expansion plan for the global health club brand.

Having opened 22 new clubs in the last two years, the Landmark Group currently has a network of 48 Fitness First clubs across 38 locations in the Middle East/Arabian Gulf region.

At the end of 2012, US-based fitness club franchisor Anytime Fitness revealed plans to open 100 gyms across the Middle East in the next five to seven years as part of an ambitious US$50 million expansion drive.

Virgin Active are apparently also interested in opening clubs in the UAE while women-only fitness franchise group Vivafit, has signed two new master franchising contracts for the nearby Arabian Gulf states of Qatar and Bahrain.

Fitness First Operating and Marketing Manager for the Middle East, Mark Botha told local media "Abu Dhabi is one of our focus markets and we hope to open more clubs in different parts of (Dubai)."

Botha sees huge potential in the region, citing reent statistics from the International Health, Racquet & Sportsclub Association (IHRSA) that indicated that only 2% of the population were members of a health club or gym. This compares to 11% in the UK and 13% in both the USA and Australia.

Botha adds "people in Abu Dhabi (are) crying out for an international brand of gyms like ours.

In reference to other international brands, he concludes "(this) is a growth market so they see it as an attractive proposition."