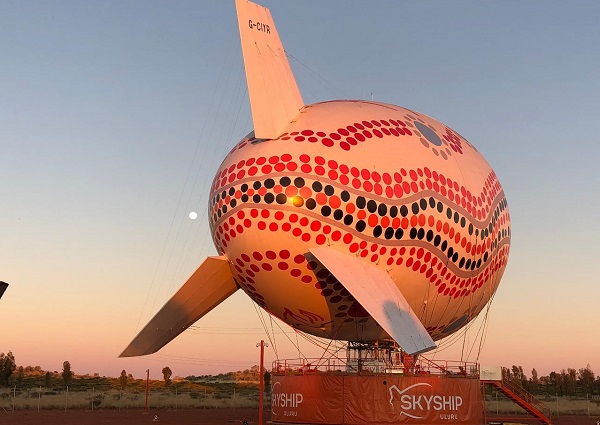 The recent case in the NSW Supreme Court involving the termination of the Operator Agreement for SkyShip Uluru has highlighted the need for attractions operators to have a ‘plan B’.

With plans to end climbing on the Northern Territory’s Uluru set to take force later this year, a group of enterprising Sydney businessmen saw the opportunity to launch an airship ride, SkyShip Uluru, that would allow visitors to again enjoy stunning panoramic views of the sacred Indigenous site from the air.

As leading tourism industry lawyer Anthony J Cordato explains “the most spectacular way to view Uluru is from the air at sunrise and sunset. At sunrise, Uluru changes colour from milky grey to deep purple to crimson to golden red.

“So, why not install a blimp shaped hydrogen balloon with a steel wire tether to enable it to be raised to a height of 150 metres, and lowered to its mooring platform when not in use? And instead of keeping the blimp in a hanger to protect it from the wind, why not have a turntable on the mooring platform so that the blimp could be turned to face the wind direction?

“On 8th October 2018, high cross-winds destroyed the blimp while it was on its mooring platform. No problem - the blimp was insured and a few months later the insurer paid out $1.98 million.

However, there was no Plan B and with no spare balloon to use as a back-up, there would be no more rides until a new balloon was installed, which could mean a wait of nine months. 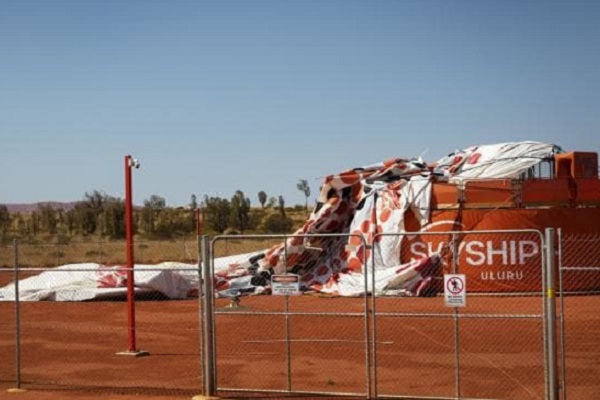 Cordato adds “this might not have necessarily been a problem but for the fact that the landlord Voyages Resort was unhappy with the blimp because it was obscuring views of Uluru from the dining room.

“So it gave notice of termination of the Operator Agreement under which the blimp was operating on the grounds that the blimp operator had ceased to conduct business for more than 14 days.

“The NSW Supreme Court has upheld the termination as valid. In his judgment last month, Justice Darke criticised SkyShip Uluru for failing to include a legal Plan B in the Operator Agreement, which would apply to this situation and suspend the Agreement for up to 12 months to give time to replace the blimp.”

Click here to view his case note on the judgment.

Images: SkyShip Uluru in operation (top) and lying shredded on its mooring platform (below).