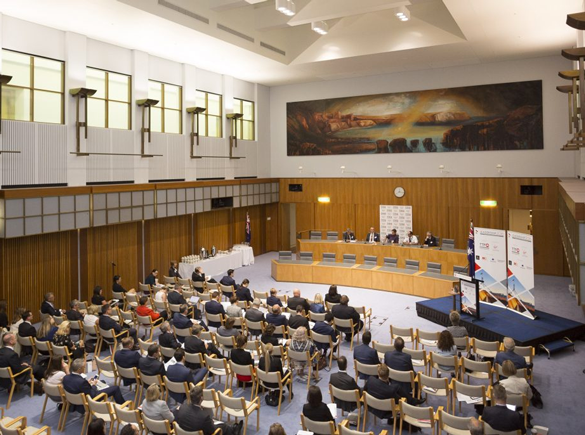 Now in its 17th year, The Leadership Summit, is TTF's flagship event, designed to facilitate dialogue between political leaders, policy makers and the leaders of TTF’s member organisations from the tourism, aviation and transport industries.

The 2017 event, themed Towards 2040 - An extended vision for Australia will be held on Wednesday 13th September at Parliament House in Canberra, providing delegates with the opportunity to help make the visitor economy Australia’s next super-growth sector.

Introducing the Summit, TTF Chief Executive Margy Osmond stated “the countdown is now well and truly on to one of the hottest events on the Australian political calendar, with only a matter of weeks until political leaders, policy makers and the biggest names from the tourism, aviation and transport sectors converge on Canberra for TTF’s flagship event, the Leadership Summit.”

The Summit will provide attendees with an unrivalled opportunity to engage and connect with industry leaders, network with peers from across Australia and to generate new business opportunities and partnerships.

This year’s event will see TTF’s Friends of Tourism cocktails with the Government and Opposition flow through to the official summit cocktail reception brought to you by The Star Entertainment Group.

Chefs from The Star’s signature restaurants in Sydney, the Gold Coast and Brisbane – including Momofuku Seiobo (rated Australia’s No.1 restaurant by Gourmet Traveller), Sokyo, Kiyomi, Fat Noodle and Garden Kitchen & Bar – will deliver to delegates a dining experience to remember.