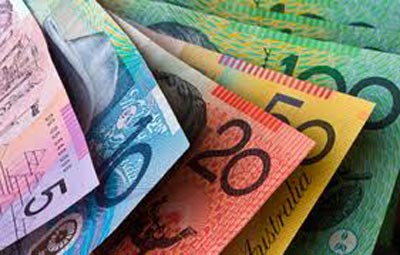 The AAA recently released findings from a survey of industry operators, which it says shows that almost half of Australia's accommodation industry has cut back on staff "as a direct result of increased labour costs in the current financial year".

The survey, completed by more than 200 businesses in the accommodation industry, found that:

AAA Chief Executive, Richard Munro explained "the survey results are compelling evidence of the challenges that the industry is facing because of the high cost of labour.

"It remains our industry's highest cost and until there are closer links between wages and productivity, the accommodation industry, as well as tourism more broadly, will suffer."

The release of the survey results follows the recent Federal Government decision to lift the minimum wage by 2.6%, which the AAA says is placing increased pressure on the industry.

Munro said that while staff are one of the industry's most valuable resources, the cost of wages has been outpacing revenue, adding "Australia's current workplace relations system is unbalanced and needs recalibrating

"We are not against payment of penalty rates to staff, but the situation on public holidays where accommodation operators pay penalty rates on top of other penalty rates is not sustainable in the long-term for an industry which is open 24 hours a day, seven days a week.

"The current regime is particularly harsh for small businesses in our sector.

"The accommodation industry is looking forward to a fresh approach following the Federal election."

ATEC, meanwhile, has today presented its 2013 Election Priorities to representatives from both major parties ahead of the upcoming election with one of its priorities being a reduction in labour costs.

ATEC Managing Director, Felicia Mariani says this is "one of the most pressing issues facing the tourism industry.

"The high cost of labour in this country is making us uncompetitive on a global stage, affecting our ability to attract investment.

"The recent increase to the minimum wage adds yet another impost to the penalty rates that the industry is already struggling to manage in their business operations.

"These consistent body blows are forcing too many tourism operators to the wall – but where is the 'too big to fail' safety net that seems to apply to so many other industries?"

The ATEC document outlines the issues, priorities and opportunities the ATEC sees as vital to tourism industry growth and success into the future.

In launching the document at the recent ATEC annual Symposium in Adelaide, Mariani said governments across Australia needed to recognise the value tourism delivers to state and federal economies.

She stated "ATEC calls on governments of all persuasions to look to tourism in this time of shifting focus for the economy.

"The services sector has long been the mainstay of economies across the globe while manufacturing, mining and automotive have known boom and bust and the services sector provides the safety net when these industries start their cyclical decline.

Mariani said that over 80% of Australia's working-age population are employed in the services sector, concluding "at its peak mid-last year, mining employed 276,000 people and the auto industry employed around 50,000 people across the country – this in comparison to the tourism industry which directly employs around half a million people.

"That's nearly double the mining sector and 10 times the automotive sector in terms of direct jobs contributing to state and federal economies."

"We remain one of the few major export industries which is demonstrating growth despite setbacks such as the strong Aussie dollar, restrictive regulatory frameworks and extraordinarily high labour costs."