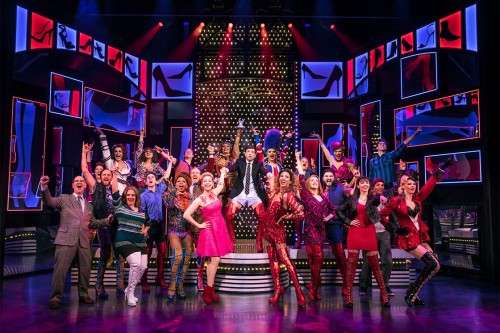 Live Performance Australia (LPA) has announced the details of the 17th annual Helpmann Awards, which will see the stars of the live performance industry come together with fans for a remarkable night on Monday 24th July at the Capitol Theatre, Sydney.

LPA Chief Executive, Evelyn Richardson explains “the Helpmann Awards celebrate the many hands and hearts engaged in making the live performance industry the dynamic and creative powerhouse that is enjoyed by 18.4 million people each year in Australia.”

With Jon Nicholls returning to the role of Executive Producer, continuing his long and successful history with the Helpmann Awards, the ceremony will include performances by the casts of Kinky Boots, The Book of Mormon, Disney’s Aladdin The Musical and My Fair Lady.

Tickets for the live theatre event are on sale through Ticketmaster.

11th November 2016 - MATILDA THE MUSICAL LEAVES MELBOURNE ON A HIGH