Sydney Town Hall aims to be model of energy efficiency 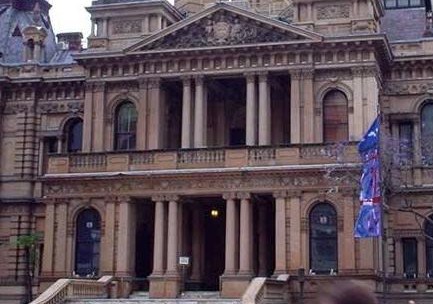 The plant would produce clean, local power, heating and cooling for Sydney Town Hall and the neighbouring Town Hall House where over 1,500 City of Sydney employees work. It would provide energy for hundreds of lights, printers and computers as well as air conditioning and charging the City's electric vehicle fleet.

Lord Mayor Clover Moore said the City had a long-term commitment to reduce carbon pollution and locally-produced energy would make a big contribution to the City's emissions reduction target of 70% by 2030.

Lord Mayor Moore explained "at the City, we know most of our residents want action on climate change and so we've reduced our emissions by 20% since 2006 and projects are underway to achieve 29% in coming years.

"We've made the simple and obvious changes but to meet our target of reducing emissions by 70% we need to change the way we power our city. That means shifting away from coal-fired power and investing more in clean and local energy.

"Cities use over two thirds of the world's energy and emit more than 70% of carbon dioxide emissions, so its action in cities that provides us with the greatest opportunity for deep cuts."

Trigeneration is more than twice as efficient as coal-fired power stations that produce around 80% of Sydney's electricity.

The cost of carbon abatement per tonne using trigeneration at Town Hall can be comparable with Greenpower while providing infrastructure which improves building energy efficiency.

Locally-produced electricity reduces carbon pollution, improves energy efficiency and reduces high network charges from the inefficient poles and wires that bring electricity from the Hunter Valley and beyond.

Trigeneration plants use natural or renewable gases to produce electricity. The heat by-product from the process that is wasted at centralised power stations is captured and used for air conditioning, heating and hot water services – making the facilities more than twice as efficient as coal-fired power plants.

A trigeneration plant on the roof of Town Hall House would help achieve a five% reduction in the City's carbon pollution, and avoid about 74,000 tonnes of greenhouse gas emissions over its lifetime.

Similar plants already exist in many office buildings across Sydney, but to make more efficient use of them the City is calling on the NSW and Federal Government to cut red tape to support precinct-based trigeneration.

Regulatory barriers and costly electricity network charges that do not reflect the benefits local generation offer the network make it difficult to install bigger, more efficient plants that can supply multiple buildings and deliver even bigger savings.

"The precinct trigeneration network supplying Co-op City in the Bronx in New York continued to supply energy to 60,000 residents, six schools, three shopping centres and the police precinct when the electricity grid's poles and wires were knocked out for several weeks by Hurricane Sandy in 2012."

"The City would like to see precinct trigeneration in Sydney and we will continue to push for regulatory barriers to be removed."

Installing trigeneration at Town Hall House would allow for future expansion to the neighbouring Queen Victoria Building, and potentially other buildings in the area.

The City's other sustainability achievements to date include:

• Retrofitting 45 of the City's major buildings and facilities to boost energy and water efficiency;

• Replacing over 2,500 street lights with more efficient LEDs. When all the City's 6,450 street lights are replaced, it is estimated this will save up to $800,000 in electricity bills and maintenance a year and reduce carbon from street lighting by nearly 45%;

• Reducing emissions from the City's fleet of vehicles by 30%;