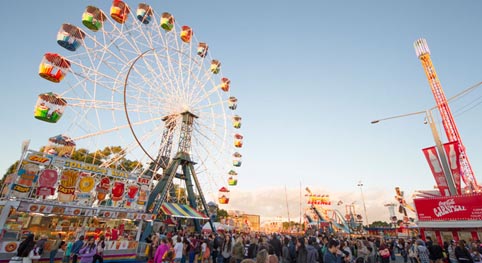 Attendance at the 2016 Sydney Royal Easter Show dipped below 750,000 for the first time in a generation, with the event affected by Easter not falling in the NSW school holidays.

Last year poor weather was blamed for visitor numbers declining to 810,000 - a figure later revised downwards - while in 2014, the Royal Agricultural Society of NSW (RASNSW) advised of “around 850,000 people” attending.

Reflecting declining visitor numbers at Royal and agricultural shows across the country, the event did celebrate the presentation of  almost 19,500 awards while a record 352 showbags were on offer. In the Carnival, the Kyle and Jackie O Haunted House, Star of the Show Ferris Wheel, TaipanRoller Coaster and Pirates Revenge proved popular with thrill seekers. The Super Slide also proved to be extremely popular with showgoers, with close to a quarter of a million people sliding down the colourful ride.

While ride use was encouraged with a wristband ticketing promotion, RASNSW PR Manager James Riordan advised that wider introduction of cashless payment systems were not adopted as “people prefer paying for their rides by cash.”

Putting a positive face to the Show, RASNSW Chief Executive, Michael Kenny, thanked people for coming to the Show, commenting "Sydneysiders have again embraced the Show, coming to learn about Australian agriculture, the hard work of our farmers and where our food and fibre comes from.”

In respect of attendances, Kenny added “we are pleased with the attendance given the Show did not fall within school holidays, especially over the Easter holiday weekend where crowds were the second highest they have been in the last 10 years.

“We’re already looking forward to a providing another big Show in 2017, where 12 of the 14 days will be within school holidays.” 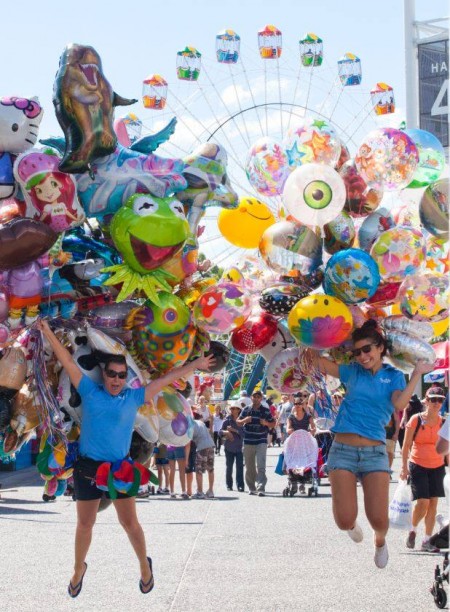 • 70,000 Junior Farm Hands Passports stamped
• 30,000 Junior Farm hands books given away
• More than 1,200 baby chicks hatched
• 10,000 children saying ‘G’day’ to a Farmer with a handwritten note
• 3,500 serves of Moroccan CousCous was made by children in Get Kids Cooking
• 250kgs of wheat and oats where milled by kids
• Over 40,000 cups of water handed out by Sydney water
• ½ tonne chunky Hereford beef for the Gourmet Beef pie.

The Show will run from Thursday 6th April to Wednesday 19th April in 2017.