24/7 gym franchise Jetts has been named as the only Australian fitness chain to achieve a five-star rating for overall customer satisfaction in an annual industry survey from consumer research and ratings company Canstar Blue.

The survey of over 800 gym members across the country, rates fitness clubs across a range of categories, including access, equipment, social atmosphere and value for money.

Welcoming its acknowledegement as the chain with the most satisfied customers, an accolade it last received in 2013, Jetts announced on their Facebook page “we're pumped to announce that Jetts Australia has been awarded #1 for Gym Customer Satisfaction in the 2016 Canstar awards.

“This is the third year we've received this award and we want to give a huge ‘high five’ to our gym teams - it's their passion for inspiring people to live a better life that creates an awesome experience for our members.” 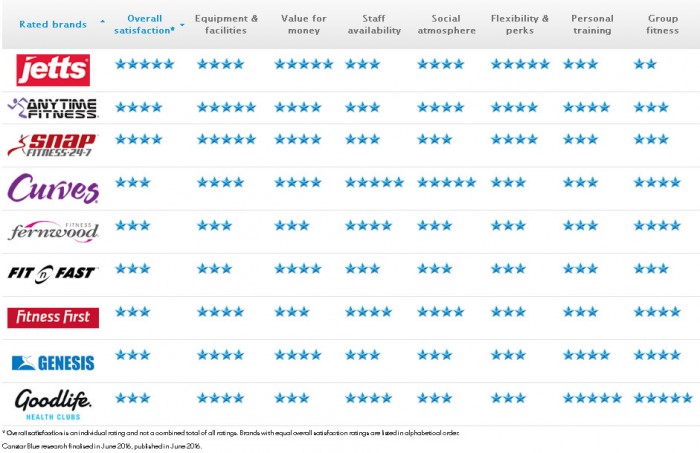 Founded in 2007, Jetts now has 277 clubs around in Australia, New Zealand, Thailand and the Netherlands, and is set to beging operations in the United Kingdom in September.

Aiming to establish European operations from a UK base, several staff have recently relocated to Europe from Australia.