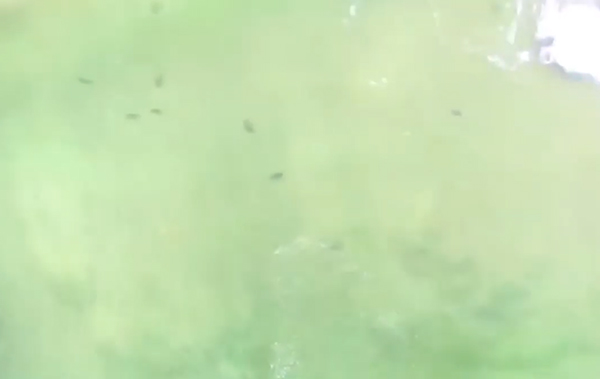 The recent spotting of a large group of sharks at Evans Head on the NSW far north coast, highlights the success of Surf Life Saving's drones - Unmanned Air Vehicles (UAVs) - at keeping swimmers and surfers safe.

A large school of whaler sharks (spinner, dusky, bull sharks) was spotted at Evans Head on 30th December 2020, causing the beach to be closed for most of the day.

A Surf Life Saving UAV operator conducting aerial surveillance on behalf of the Department of Primary Industries (DPI) spotted the group of around 40 sharks just offshore at the popular holiday spot.

Northern NSW Lifeguard Coordinator Scott McCartney said around 100 swimmers and surfers were evacuated from Evans Head Main Beach and noted "the UAV operator was doing a flight to the north of the lifeguard's flagged area when he spotted a few sharks.

"After further investigation he found it was actually quite a large group of more than 40 sharks."

Surf Life Saving NSW says the DPI program which is in operation at 34 beaches throughout summer is proving to be successful at keeping swimmers and surfers safe.

SLSNSW Operations Manager, Public Safety Brent Manieri advises “we’ve been able to alert lifesaving patrols or people in the water directly, to the presence of sharks nearby on numerous occasions.

“Feedback from the public is that they appreciate the surveillance we are conducting using UAVs at many locations along the coast. Many people feel that their safety is improved if they know the drones are up in the air and keeping watch.”