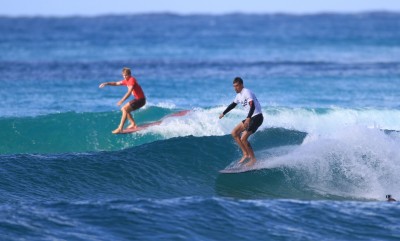 The Sunshine Coast has been the major beneficiary of new funding allotments by the Queensland Government for growing regional events tourism in the State.

Five Sunshine Coast events will benefit as a result of funding under the Queensland Government’s Regional Development Program.

Events that will receive funding over the next three years include the Cricks Noosa Festival of Surfing, which will receive $150,000 over three years from 2016 - the largest recipient from the grants program.

The event - which celebrates its 25th anniversary next year - is billed as ‘eight days of pure stoke’ and attracts surfers from around the world. The week-long festival, which attracts some of the world's best surfers, will celebrate its 25th year in 2016.

Also on the sporting front, the International Rally of Queensland, which is held in June at Imbil in the Mary Valley, will receive $75,000 over three years from 2016.

Welcoming the grants, Sunshine Coast Destination Ltd Chief Executive Simon Ambrose, said that the region had worked hard in recent years to establish the Sunshine Coast as one of Australia’s premier events destinations

Ambrose explained “we are fortunate to have the weather, the variety of locations and the ease of accessibility that few other destinations can match.

“Sporting events are a ‘natural’ for the Sunshine Coast because of our year-round favourable climate, but we have also been expanding our range of food, cultural and business events, so that just about every week visitors have another reason to return to the Sunshine Coast.

“We work closely with local tourism organisations across the Sunshine Coast to support and promote events to highlight the diversity of the region’s attractions, whether it be surfing in Noosa, music in Caloundra, motor sports in the Mary Valley or arts and food events in the Hinterland.”