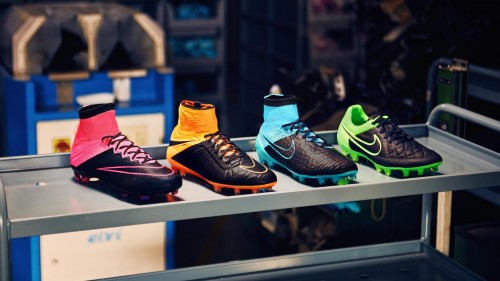 The Australian Sporting Goods Association (ASGA) has welcomed the partnership between the Victorian Government, Australia Post and Chinese company Alibaba, which will assist the Victorian businesses in tapping into China’s multi-billion dollar eCommerce market by providing access to buyers through China’s leading online sales platform, Tmall.

Commenting on the deal, ASGA Executive Director Shannon Walker stated “ASGA is very supportive of this partnership – it is a very positive step for Australian businesses to access the Chinese market, as outlined in our Opportunities and Challenges for Sporting Goods in China Bulletin 2015, produced last year.”

Tmall, owned and operated by the Alibaba Group, is an online marketplace that allows businesses to sell their products directly to consumers in China without the expenses associated with international travel or having a regional retail presence.

Last financial year Tmall sales were up 68% on the previous year, exceeding $170 billion. The Chinese eCommerce market is the world’s largest, with an estimated 649 million internet users spending more than $250 billion dollars each year.

In a media release, Victorain Minister for Small Business, Innovation and Trade, Philip Dalidakis stated “this is a game-changer for Victorian businesses, particularly those in rural and regional areas, as it will allow them to participate in a ‘virtual trade mission’ and sell their products direct to consumers in the world’s largest economy, without leaving their homes.”

While China’s GDP has declined to a still very healthy 7% in the last couple of years, retail sales growth was 30% in 2014.

China has rapidly urbanised and this trend will continue, with the country set to have 330 megacities in 2020 that will be larger than Shanghai was in 2008.

In 2000, only about 4% of urban households in China were considered middle class. By 2012 that share increased to 68% of households. By 2020 there will be 400 million middle and affluent consumers in China, with 22% of global consumption coming from China (after USA at 35%).

This partnership has the potential to greatly assist Victorian businesses, providing them the opportunity to engage with Chinese consumers without worrying about supply chain logistics, translations and customer service.