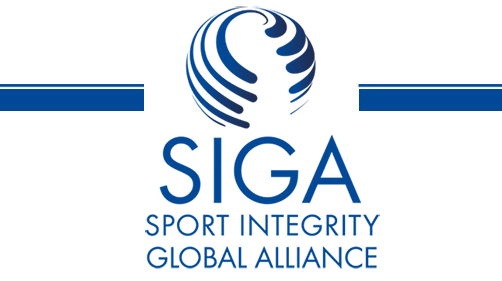 The Sport Integrity Global Alliance (SIGA) has announced a set of universal integrity standards for sport and will now launch a comprehensive consultation process with stakeholders throughout the world.

The independent and neutral coalition of more than 70 international multi-industry members, which also launched its new brand identity, has set a goal to be part of the vanguard of change to fight corrupt practices and facilitate higher standards of sports governance and integrity.

The standards cover issues like the requirement to develop anti-bribery and corruption practices under the governance pillar, to the publishing of financial information under the financial integrity recommendations, and the need to criminalise match manipulation and betting fraud.

SIGA's supporters, who all believe urgent action needs to take place to safeguard the reputation of sport, include MasterCard, Deloitte, the European professional football leagues, Dow Jones, PwC, the World Bank, the International Centre for Sport Security, the Institute of Chartered Accountants in England and Wales, the Commonwealth Games Federation, the Caribbean Association of National Olympic Committees, the Spanish Football League and the Portuguese Olympic Committee.

The SIGA Council said in a statement “as all of our membership are stakeholders in sport we believe we can make a real contribution to a successful and sustainable set of integrity standards for sport. SIGA's membership encompasses leading and respected organisations from across multiple industries; today shows that we are united in our common desire to bring about real and positive change in the sports industry.

"SIGA recognises and believes that there is no monopoly on sport integrity. Today is a potential milestone for the future of sport's integrity: a holistic multi-stakeholder approach that attempts to bring a workable solution for all sport, not just one part of it."

Emanuel Madeiros, Chief Executive of ICSS Europe and Latin America, and the Coordinator of SIGA’s Ad interim Council, stated “the aim is to shape the way for the future of sport. Not just to prevent reputational damage. We bring a new strategic approach, an independent, neutral, multi-stakeholder global approach.

“We all have responsibility … we are bringing a new language, a constructive language.”