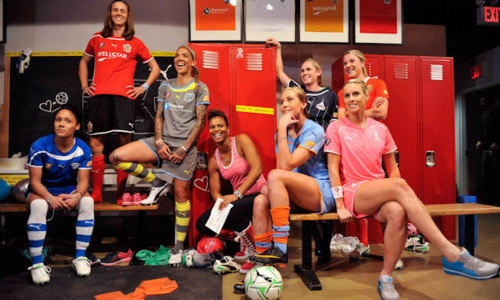 Sporting clubs and organisations across South Australia can now apply for a share in $4 million to upgrade and build female change rooms.

This is the first round of $10 million allocated to the Female Facilities Program for three years as part of a $40 million allocation in the last South Australian Government budge.

The Female Facilities Program is open to not-for-profit sport clubs, associations and community organisations. Clubs can apply for a maximum of $500,000 to build the change rooms.

Latest data from South Australia’s Office of Recreation and Sport shows about 150,000 girls and women are registered with sporting clubs in South Australia.

There are more than 4,500 registered female football players and more than 1,000 registered cricket players in South Ausralia but many sporting clubs and many women’s sports teams are currently forced to use male change rooms, car parks offices or other areas at sports grounds.

Commenting on the program, South Australian Sport and Recreation and Sport Minister Leon Bignell stated “women and girls who play sport should have access to exactly the same level of facilities as boys and men.

“Having female change rooms at sporting clubs sends an important message to women and girls they are welcome and wanted.

“I have spoken to many young female players who tell me first-hand how hard it is to change into their uniforms at their current clubs with many having to change in their car before a game.

“The State Government supports women’s sports at all levels – from grassroots through to elite and this is just another way we can encourage girls and women to stay in the sports they love. Investment through this program will see a significant increase in participation in traditionally male-dominated sports – as well as an improvement in safety and culture.”