Skills Active awards leaders in the fitness and wellness industry 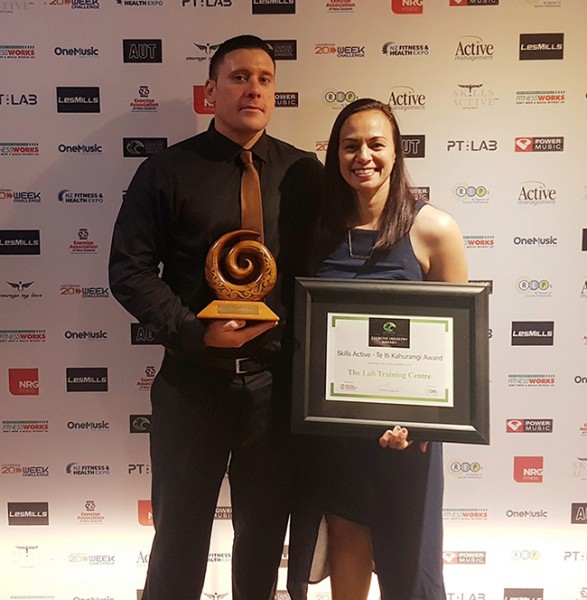 Skills Active has recognised some of its star performers in the world of fitness, at the New Zealand Exercise Industry Awards in Auckland, hosted by the Exercise Association of New Zealand (ExerciseNZ).

Each year, Skills Active sponsors two awards recognising an individual and an organisation making a difference to people’s wellbeing through the medium of exercise, and using industry training to support their work and the work of others.

Napier’s The Lab Training Centre, and its co-owners Patrick and Theresa O’Brien (pictured top) received the Te iti kahurangi Award. This award recognises an organisation that engages with on-job training to support staff and promote qualifications and professionalism in the exercise industry. 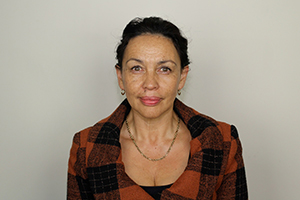 Gillian Christian, group fitness instructor and Skills Active assessor (pictured above), received the Manukura award. This award recognises someone in the exercise industry who leads and influences other, supports qualifications through industry training, and achieves great things with the backing and respect of those around her.

Also celebrated at the awards was Skills Active Apprentice of the Year Mark Hurdle, who is a regional director of fitness with CityFitness, and who also won a Fitex award on the night, in the category of Educator of the Year. Skills Active’s own board member Wendy Sweet was also a finalist in this category.

Commenting on the presentations, Skills Active Chief Executive Dr Grant Davidson stated "all our award winners are people who have creativity and passion, believe in the power of exercise to increase health and happiness, and are motivated by the principle of service to others.

“These are people who work hard not just to excel in their profession, but to encourage others in the field, and spur them on to achieve great things.”

Dr Davidson congratulated the four winners - and all of the night’s winners - noting that of the finalists in the awards, 26 have engaged with Skills Active Aotearoa’s qualifications, either as workplaces, trainees or assessors.

He concludes “that level of penetration reflects how well the on-job training model works for this industry, as a means of upskilling and advancing some of its most successful people.

“We are very excited to play a supporting role for this incredible industry, and it was wonderful to be there on the night to see our winners being acknowledged for their achievements.”