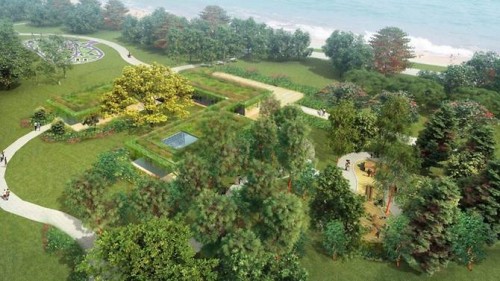 Singapore’s National Parks Board plans to offer more open space, improved accessibility and a wider range of amenities at the East Coast Park when improvement works are completed in 2019.

With enhanced amenities such as a bicycle park, water play area and open lawns, NParks hopes to funnel crowds away from the more popular areas like Marine Cove.

The improvements are seeing the former Goldkist Chalets being transformed into a bicycle park with cycle-through eateries, bicycle kiosks, circuits and trails for users of varying skill levels. It will serve as a pit-stop for cyclists using the 150 kilometre Round Island Route.

At the Big Splash site, parts of the former waterpark will be retained and converted into a vertical playground with a lookout tower. It will be flanked by a shallow wading pool with multi-chromatic water jets. Sports activities and large-scale events can also be held at the site’s new amenities, such as a sand pit and multi-purpose lawn. 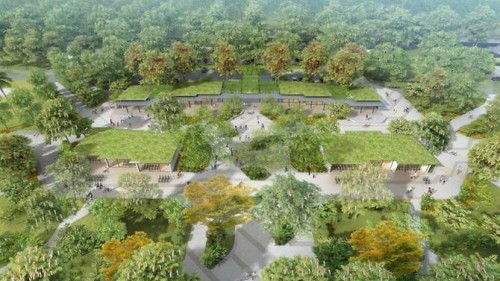 At the revamped Raintree Cove, a large open lawn will be framed by a series of gardens.

Introducing the plan NPark’s Group Director of Parks Development Kartini Omar states “our focus right now is on this area because it is currently heavily used, very well utilised and very crowded.

“Therefore, we see this need to redistribute and spread out the crowds and reduce congestion in this high activity zones so everyone can have a better experience at the park.”

"My challenge to NParks is to make East Coast Park a beloved national icon and transcendent experience.”

Images: Artist's impression of Raintree Cove (top) and the cyclist park (below). Courtesy of National Parks Board.