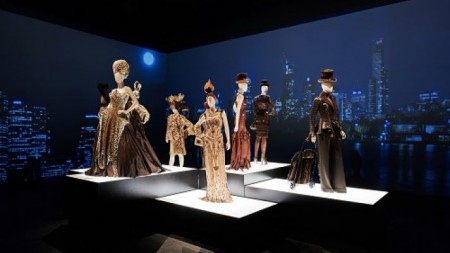 The National Gallery of Victoria (NGV) will open for seven days a week from October 2015 following record-breaking attendance in 2014/15.

As a result, from October, both the NGV International on Melbourne’s St Kilda Road and The Ian Potter Centre at Federation Square will remain open seven days a week for the first time since 2005.

2014/15 was a blockbuster year for the NGV with the Australian-exclusive exhibition The Fashion World of Jean Paul Gaultier attracting more than 226,000 visitors and becoming the NGV’s most successful summer contemporary exhibition on record. The exhibition included sold out public programs including the popular Friday Nights music series, which was attended by 31,000 people.

Commenting on the NGV’s success, Victorian Minister for Creative Industries Martin Foley stated “our NGV is the oldest public art museum in the country, having played a role in Australia’s creative and cultural life for more than 150 years.

“These record attendances are a testament to the NGV’s ability to attract and inspire audiences of all ages.”

“This means more Victorians and visitors from elsewhere will have a chance to experience its exquisite collection, exhibition program and extensive free program.