Priceless Chinese treasures on display at National Gallery of Victoria 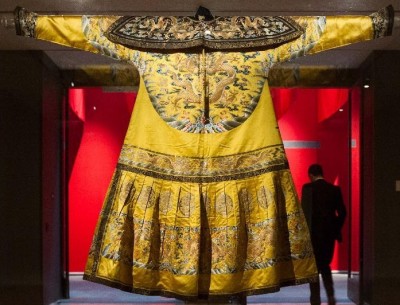 With exclusive Australian display rights for more than 120 priceless artefacts from Beijing’s prestigious Palace Museum, the latest exhibition at the National Gallery of Victoria (NGV), A Golden Age of China: Qianlong Emperor (1736-1795) has opened in Melbourne.

The exhibition presents artworks created and collected during the 60-year reign of one of China’s most successful rulers, the Qianlong Emperor.

Marking a return of ‘blockbuster’ exhibitions, neglected in Melbourne’s museums in recent years, the exhibition’s only Australian showing will be in Melbourne.

Speaking at the recent opening, Victorian Premier Daniel Andrews stated “this incredible exhibition is an opportunity for Victorians and visitors to see rarely displayed works from China’s illustrious Palace Museum in the Forbidden City

"This exhibition is exclusive to Melbourne, reinforcing our strong ties with China and the NGV’s track record of presenting internationally significant exhibitions.”

A passionate artist and prolific writer, the Qianlong Emperor sought to build a collection that not only documented Chinese culture of the time but actively influenced and built on it, through his interest in the art of Europe, Japan and India.

The exhibition includes some of the Emperor’s own paintings and works of calligraphy. Highlights include stunning large-scale paintings on silk, imperial seals made from gold, ivory and jade, opulent silk court robes, ceremonial hats, swords, bows and arrows and jewellery.

The exhibition, which has brought many objects to Australia for the first time, has been made possible through a partnership between the NGV and The Palace Museum, one of the most popular cultural and tourist attractions in the world.

For more information go to www.ngv.vic.gov.au/exhibition/a-golden-age-of-china/