Sentosa Merlion to be demolished for new development 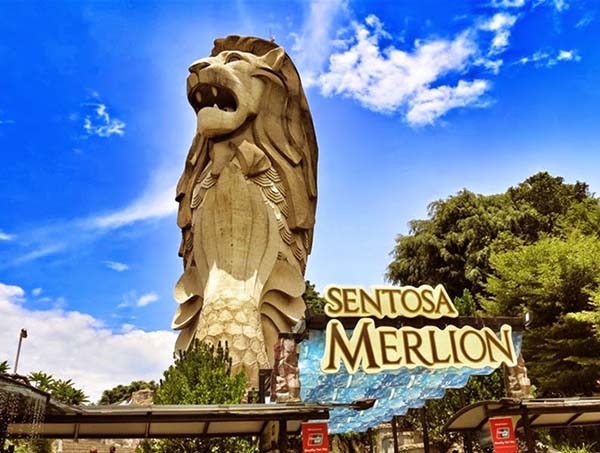 The Merlion that has been greeting visitors to Singapore’s Sentosa Island since 1995 is to be demolished to make way for a themed walkway that will link the resort island's north and south shores.

Work to demolish the 37 metre-high tall statue, the largest of the seven across Singapore, will begin by the year end, when construction on the $90 million Sentosa Sensoryscape project is expected to commence.

The new two-tiered linkway will connect the mainland-facing Resorts World Sentosa with the beaches in the south.

Other long-term plans to redevelop Sentosa and the adjacent Pulau Brani include separating them into five zones, each with its own distinct character.

There will be a special edition of the Merlion's video, light and sound show and other activities at Merlion Plaza before it closes on 20th October.

The Merlion is the national symbol of Singapore.