SeaWorld USA to move away from killer whale shows 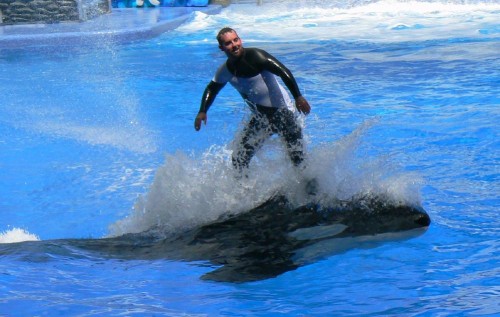 Animals rights groups are welcoming the decision by Orlando, USA-based SeaWorld to stop breeding killer whales and to phase out its signature theatrical shows starring the huge mammals.

As a result, the killer whales/orcas currently kept at its three US parks (SeaWorld San Diego, SeaWorld San Antonio and SeaWorld Orlando) will be the last to be held in captivity

While Sea World on the Gold Coast does not breed, keep or exhibit killer whales, the signature ‘Shamu’ entertainment shows at Sea World’s US properties, featuring killer whales, are a major part of the SeaWorld experience.

The move to end the shows was prompted by ongoing campaigning by animals rights groups and negative public sentiment following the controversial and influential 2013 documentary film Blackfish. The film, which focused on the sufferings of orcas in captivity, helped swing public opinion away from killer whale shows.

In a statement, SeaWorld Entertainment President and Chief Executive Joel Manby explained “times have changed, and we are changing with them. The killer whales currently in our care will be the last generation of killer whales at SeaWorld. The company will end all orca breeding as of today.

“We love our whales and so do many of our visitors and this is about doing the best thing for our whales, our guests, our employees and SeaWorld.

“SeaWorld has introduced more than 400 million guests to orcas, and we are proud of our part in contributing to the human understanding of these animals. We’ve helped make orcas among the most beloved marine mammals on the planet.

“As society’s understanding of orcas continues to change, SeaWorld is changing with it. By making this the last generation of orcas in our care and reimagining how guests will experience these beautiful animals, we are fulfilling our mission of providing visitors to our parks with experiences that matter.”

Manby announced that a new SeaWorld killer whale attraction will take its experiences in a “new direction”, advising “we will introduce new, inspiring, natural orca encounters rather than theatrical shows, as part of our ongoing commitment to education, marine science research and the rescue of marine animals.” 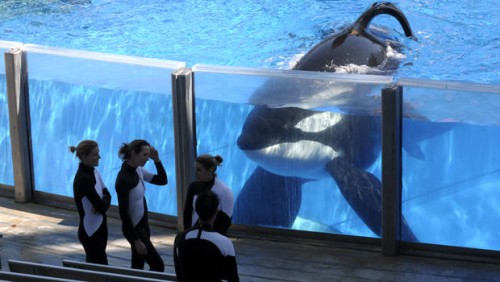 SeaWorld has not collected an orca from the wild in almost 40 years, and the vast majority of its orcas were born under human care.

SeaWorld advised that these killer whales would struggle to survive in the ocean, adding “these orcas have never lived in the wild and could not survive in oceans that include environmental concerns such as pollution and other man-made threats.”

Not only will SeaWorld halt its orca breeding program, it will invest US$50 million to push for an end to commercial whaling and seal hunting.

Dylan Walker of World Cetacean Alliance declared “in just one day it has gone from public enemy number one to a potential leader for change.

“That’s a game changer not just for SeaWorld but for the industry worldwide. We hope to see the dolphinarium industry around the world follow suit.”

Released in July 2013, Gabriela Cowperthwaite's Blackfish led to SeaWorld suffering drops in attendances and profit and led to the resignation of SeaWorld Chief Executive Jim Atchison in December 2014.

Sea World on the Gold Coast - a division of Village Roadshow, which has no affiliation with US-based SeaWorld Entertainment, the subject of the Blackfish documentary - does not exhibit, keep or deal in orcas.

It explains that it "is proud of its world class exhibits for dolphins, including some of the largest filtered natural sandy bottom lagoon systems in the world."

Image: Killer whale show at SeaWorld Orlando (top) and a still from the movie Blackfish (below).

8th March 2014 - Bindi Irwin criticised for US link with SeaWorld