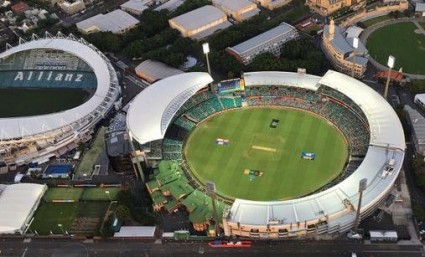 Amid the global climate of increased venue and event security, the Sydney Cricket and Sports Ground Trust is advising fans attending the annual New Year's Test to be prepared for additional security and screening procedures before entering the Sydney Cricket Ground.

With large crowds expected for the Test against the West Indies, which starts on Sunday 3rd January, fans are advised to catch public transport and allow extra time to complete security checks before play commences.

Security measures that patrons should expect include compulsory bag checks (with patrons urged to have bags open and ready for inspection prior to entry) and checks with handheld magnetic wands at entries, which may require items to be removed from pockets.

Advising of the enhanced security, SCG Trust Chief Executive Jamie Barkley stated “we encourage cricket fans coming to the New Year’s Test to plan their journey and arrive early to ensure they don’t miss a minute of what is Sydney’s biggest annual sporting event.

"In line with other major venues in Australia, patrons may be subject to additional screening procedures before entering the SCG.

"The Sydney Cricket and Sports Ground Trust is in regular contact with the relevant authorities to ensure appropriate levels of security at the SCG and Allianz Stadium."

Patrons who do not have a bag will be able to enter the SCG via the 'no bags' queue located at Gate E on Driver Ave. Once clear of the security checkpoints, we ask that patrons have their ticket ready to scan at the turnstiles.

Similar measures for Sydney FC’s home A League game at the Allianz Stadium on Boxing Day attracted considerable fan criticism on social media. However, venue management experts advise that security measures such as those introduced by the SCG Trust and at the MCG for the Boxing Day Test are the ‘new normal’ in the current global security climate.

The New Year's Test match against West Indies marks the first time the opponents will have played at the SCG 2001 and marks the 15th time Australia has played the West Indies in a Test at the venue, with their cricketing history dating back to their inaugural trip Down Under in the summer of 1930/31.

The New Year's Test is the start of a busy month of international and domestic cricket at the SCG. The Sydney Sixers will play two more regular season games at the ground, including a BBL and WBBL double-header against the Sydney Thunder on 16th January.

Australia will then take on India in a One-Day International on 23rd January.

On 31st January, the SCG will host a KFC T20 International double-header, with the Australian men’s team and Commonwealth Bank Southern Stars to take on India as the shortest form of the game returns to the SCG at international level.

Tickets are still available for the Test and other scheduled fixtures, with family and junior deals on offer. Play will start at 10.30am on each day of the Test, with Jane McGrath Day to again turn the SCG pink on Day 3.

In respect of security, the SCG Trust issued a statement thanking “fans in advance for their patience with standard procedures."