Santos to retain naming rights sponsorship for Tour Down Under 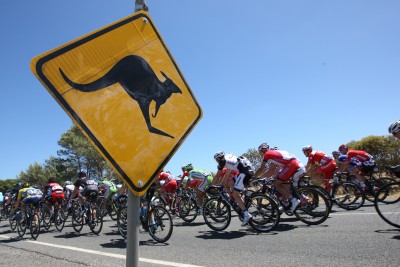 The South Australian Government has announced that long-time Tour Down Under naming rights sponsor, Santos, has reaffirmed its commitment to Australia’s premier cycling race and festival for another three years.

Announcing the continued partnership after this year’s event, South Australian Minister for Trade, Tourism and Investment David Ridgway said Santos’ support since 2010 had been integral to the ongoing success and growth of the event, which now consists of a men’s and women’s UCI race and a broader entertainment festival – Santos Festival of Cycling – in its own right.

Minister Ridgway “Santos’ partnership has been critical in shaping the continued growth and success of the event, which injected more than $63.7 million into the state’s economy last year and showcases South Australia to a global audience in the tens of millions.

“Santos should be commended for its new three-year investment which also strives to ensure continual growth of the Women’s Tour as we work towards our ultimate goal of UCI WorldTour status.”

Santos Managing Director and Chief Executive, Kevin Gallagher, said Santos was proud to be the naming rights partner of the Santos Tour Down Under, adding “Santos is South Australia’s biggest company, providing more than 3500 jobs across the country.

“Just like our company, the Santos Tour Down Under delivers for the economy, last year generating $63.7m in economic impact for South Australia.

“Santos is committed to benefitting the communities in which we operate.

“In 2019 the Santos Tour Down Under is passing through 98 towns, making this truly an event which showcases our great State to Australia and the world.”

“The Santos Tour Down Under has great alignment with our community investment objectives – to support healthy living, regional communities and the environment.” 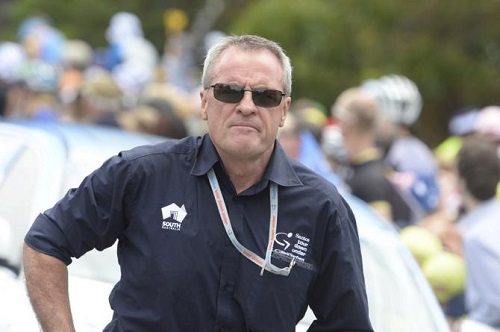 However, the Tour Down Under is set for a change with Race Director Mike Turtur announcing that he will stand down from his role after overseeing one more edition of the race in 2020.

Turtur, who started the event in 1999 will step aside after 22 TDU’s in January next year.

Turtur, who turns 61 this year hopes to be involved in helping choose his successor, telling local newspaper The Advertiser “this has been in my mind for a number of years now, it doesn’t matter what walk of life you’re in or what work you do, there comes a time when you’ve got to decide what the next step is going to be, and for me I’ve been thinking about it for some time.

“I think the time is right, the race is at a level that I never in my wildest dreams thought it would, so I think by moving on and leaving it in good shape, it’s the right time.”

The 1984 Olympic gold medallist, who turns 61 this year, is expected to be involved in a carefully orchestrated handover period to whoever takes the top job.

He added “the decision about transition and other elements of the race’s future will need to be decided by Events South Australia, I’ll hopefully be part of that future (and) if I can assist in a transition and be part of that, make sure the race is in good hands moving forward, I’ll be happy with that.”