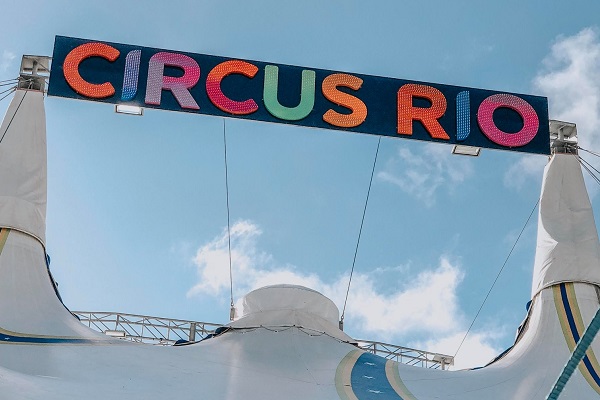 A circus in Adelaide has been shut down after two performers were injured in separate incidents in less than a week, with one performer breaking his back and another breaking her wrist.

Following an investigation, it was announced on yesterday that the circus had been shut down by SafeWork SA and the City of Holdfast Bay.

Circus Rio - which is currently set up at Glenelg's Wigley Reserve - has been slapped with a number of prohibition orders by SafeWork SA investigators.

In the most recent incident, stunt bike rider Bentang Sejarah broke his back in three places and suffered serious facial injuries when he struck a pole while airborne during a show last Saturday.

Circus Rio confirmed the incident in a post on Facebook, and said Sejarah was subcontracted to the circus and had been treated in hospital.

The post advised "while this accident was very unfortunate, it is assured all safety measures were in place to ensure that our performers are not severely harmed.”

Just days earlier, aerial performer Gabby Souza, was admitted to Royal Adelaide Hospital after falling 8.5 metres from a hoop during a routine.

She suffered a broken wrist and two dislocated elbows after she plummeted to the ground in front of a crowd just before 5pm last Tuesday.

Spectators initially thought the fall, which happened about five or six acts into the show, was part of the performance.

Abrosimov commented "she's done that trick a million times, but unfortunately, sometimes (this can) happen … and she just missed the bar.

"The doctors say she will recover fast and … she will do everything she does before, that's [the] most important stuff."

In a statement, SafeWork SA said it had conducted a comprehensive safety audit of operations at the circus and an additional nine prohibition notices had been issued.

It said the circus had to rectify non-compliance with the Work Health and Safety legislation related to rigging, winches, electrical equipment and the licensing of high-risk work, with the statement advising “these issues must be resolved and compliance met before the related items and equipment can be used.

"Worker and public safety is our paramount concern."

The City of Holdfast Bay - the local government authority hosting the circus - also released a statement regarding the circus and said operators must comply with all SafeWork SA guidelines.

The City of Holdfast Bay statement advised "as such we have advised the operators of Circus Rio that no performances can take place until these notices have been lifted by SafeWork SA.

"The City of Holdfast Bay will continue to work in conjunction with SafeWork SA and Circus Rio in the coming days on these matters."

Circus Rio is currently touring Australia for the first time and is due to travel to Bathurst in NSW next month.

In a statement on Facebook, it advised it was having regular meetings with safety officers to rectify any issues.

The post advised “together we have identified issues that are currently being rectified, another meeting is due to take place (today, Wednesday 24th July) morning for the all-clear, we will issue another statement once this has taken place.”

In the post, Circus Rio said it was fully cooperating with SafeWork SA and looked forward to a fun and safe show today.