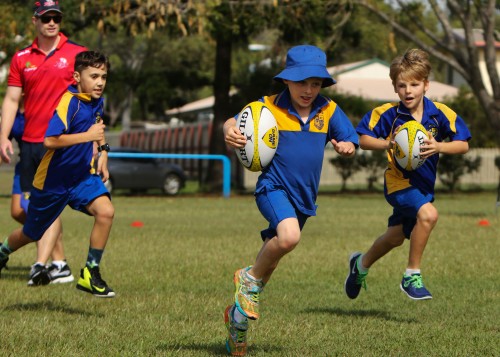 The program, which kicked off across the country at the beginning of 2015 entered the top 10 school sports with 26,469 students signed up in its first year. Two years on that number has more than doubled with 56,101 youngsters taking to the pitch - of whom 46% are female.

Andrew Larratt, General Manager of Community Rugby and Strategy at Rugby Australia, advised “with the help of the Australian Sports Commission Game On has now reached hundreds of schools across the country, from rural towns like Boggabilla to big cities such as Sydney, and in most cases, it’s the kids first crack at rugby.’’

With each state exceeding targets, NSW has led the way with more than 19,000 participants.

School Sport Coordinator at Forestville Public School, Renee Phegan said the program has given students a major confidence boost with 180 students picking up some new skills.

Phegan advised "the program was really well run and children of a variety of ages really enjoyed it, particularly girls. They learnt a lot about team work and working in pairs cooperatively.

"Students love it because it’s a game anyone can play irrespective of gender, size or fitness levels. It’s also much more than throwing or catching a ball – it teaches them about the importance of teamwork, keeping motivated and setting goals.” 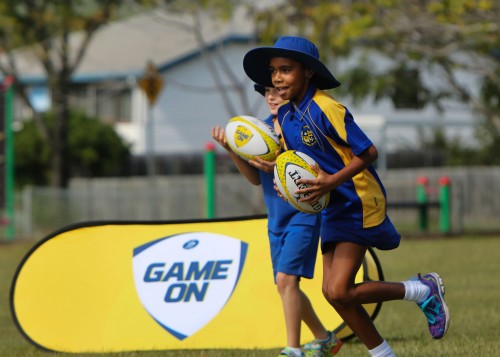 The Northern Territory and Queensland showed the biggest growth stats with a 76% and 45% increase since 2016.

Included in Game On is the Deadly 7s program which since kicking off in 2016 has reached 114 schools across the country. Now more than eleven thousand students have benefited from the initiative with almost half having an Indigenous heritage.

Viva7s, the touch version of Rugby 7s, is also rapidly growing in numbers with more than 8,000 youths now playing at their local school or club Australia-wide.

Schools interested in signing up in 2018 can head to sportingschools.gov.au/get-started/schools or viva7s.com.au