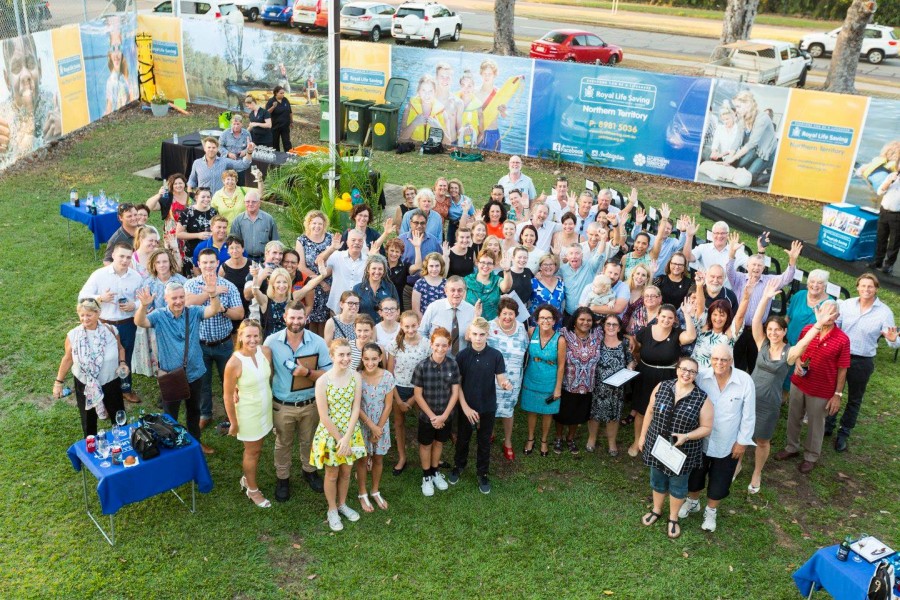 Royal Life Saving Northern Territory has opened its new headquarters in Darwin, using the event to highlight that the Territory’s drowning rates are more than three times the nation average.

The opening today (Friday 26th May), attended by life saving dignitaries from around Australia, heard Royal Life Saving Society – Australia Chief Executive Justin Scarr warn that drowning is a leading cause of death for children in the Northern Territory.

Royal Life Saving Society NT Branch Executive Director Floss Roberts added “it is exciting to be opening our official headquarters in Darwin. Two years ago - when we were celebrating 50 years of service to the community - we did not even have a base to operate from. We engaged with the City of Darwin and were successful in the tender to lease the Parap Recreation facility.

“Our role has never been more important. There is no question that water safety education is critical in the Northern Territory. We are so glad that we now have an impressive base to work from. We have spent three years with no headquarters. This is a huge step forward.”

“We have over 1,500 active members. We are proud to be leaders in water safety education and training. 50% of our services are provided in NT regional and remote locations.”

Latest data shows in 2015/16 there were 14 drowning deaths in the Northern Territory, 93% of whom were males, with the leading locations for drowning being rivers and swimming pools. More than a quarter (29%) of the drowning deaths were people aged 25 to 34.

Roberts added “it is totally unacceptable that the Northern Territory has the highest drowning rate per capita in Australia. We are committed to reducing the number of drowning deaths in Australia. It is vital children learn swimming and water safety skills and we urge all parents across the Territory to enrol their children in programs like ‘Swim and Survive’.”