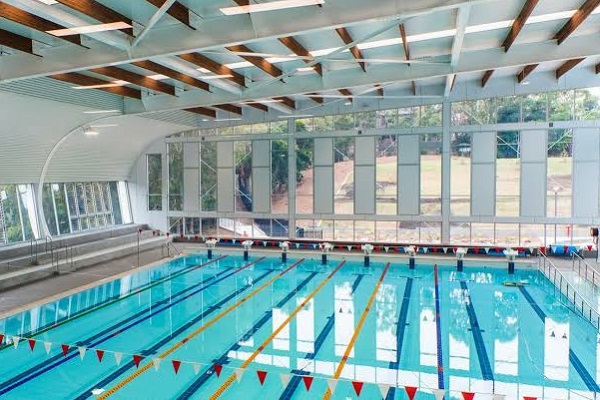 Royal Life Saving Society - Australia Chief Executive, Justin Scarr has backed the managers of the Angelo Anestis Aquatic Centre, in the southern Sydney suburb of Bexley, who refused a mother with three children under the age of five from entry to the facility.

Initially reported by the St George and Sutherland Shire Leader and then taken up by mainstream media, the matter saw Sydney mother Bridget Murphy being turned away by staff at Bexley’s Angelo Anestis Aquatic Centre after she tried to take her three young children for a swim late last month.

She told the newspaper “I got to the desk and they said, ‘We can’t let you in because you have got three kids’.”

Staff at the Centre, which is operated by BlueFit for Bayside Council, said the issue was the ages of her children - four, two and one years - and their adherence to Royal Life Saving 'stay within arm’s reach' policy.

Murphy went on to state "the manager informed me that the policy means one adult is required for every child under six years in the pool. This excludes me and my children from the centre unless I bring my husband and another adult to the pool with me."

Speaking on Channel 9’s Today show in response to the issue, Scarr highlighted the mantra that “lifeguards are not babysitters”, pointing out that over the last 10 years seven children drowned in public swimming pools and another 170 were hospitalised as a result of a near drowning.

Scarr advised "the guidelines are intended to ensure that the parents play an active role in supervision of their children in public pools.

“Our lifeguards are not babysitters. Swimming pools are not daycare centres. We found that parents were dropping their children off at the door.

“The program empowers facilities to encourage parents to actually come into the facility, to get wet with their children, to play an active role within supervision.”

Reminding parents that they need to be within arm’s reach of children under the age of five while at public pools, Scarr added "they need to maintain constant visual contact with their children if they’re between the ages of five and 10.

“If their children are over the age of 10, they need to know where they are at all times at a swimming pool.”

Asked if a compromise could be found given the guidelines had the effect of barring parents with more than one child, Scarr suggested that might mean parent using centres with shallow water or zero-depth facilities.

Scarr went on to say “I agree that the local facilities do have some responsibility to do a risk assessment, to have a look at their pool

“In that particular case, I believe that the management of that facility has determined that there is not enough toddler swimming pools for young children to be involved.

“There are other facilities in the council area that may be more appropriate.”

BlueFit confirmed the policy and according to a report at news.com au said the Bexley facility did not have a shallow water pool unlike some other centres.

According to Australasian Leisure Management Publisher, Nigel Benton media coverage of the issue reflects a growing trend of sensationalism in coverage of complaints and issues in aquatic centres.

Benton explained “this year there have been several instances of what are called ‘beat em up’ news stories when mainstream media has sensationalised issues relating to aquatic centres.

“Before this was the recent the shameful racism relating to single gender sessions at the Canberra Olympic Pool while in this instance BlueFit are likely to suffer reputational damage as a result of enforcing a sensible drowning prevention policy.”

Research released by Royal Life Saving in April last year revealed that three in four Australian children who drowned in public and communal pools during the 10 years from 2005 to 2015 were not supervised.