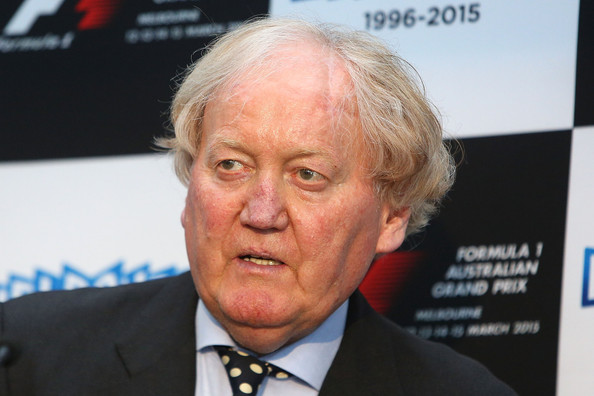 Walker has chaired the board since 1993, three years before the Formula One race was first contested in Melbourne.

Since then, the Formula 1® Australian Grand Prix has entertained more than 6,000,000 fans at Albert Park and annually promotes Melbourne via free to air television, news reports and global media to hundreds of millions of fans throughout the world.

Walker's ongoing dedication to the AGPC has continued to evolve, with him most recently securing the Formula 1® Australian Grand Prix in Melbourne from 2016 through to 2020.

Commenting on his achievements, Walker said in a statement “it has been an absolute delight to have served six Premiers.

Walker's passion for both Melbourne and motorsport is unprecedented and he has played an instrumental role in promoting the City as the sporting and cultural capital of Australia.

The Formula 1® Australian Grand Prix is broadcast to 200 territories around the world, including many of Victoria's key trading partners at prime time, such as China, India, Russia and Japan. This global branding exposure for Melbourne is unrivalled by any other Victorian Major Event.

Walker thanked the dedicated volunteers and staff who have shaped the Formula 1® Australian Grand Prix and Australian Motorcycle Grand Prix, adding “the success of these two great events has simply not been possible without their hard work and commitment. I also thank my fellow Directors of the Australian Grand Prix Corporation, for their trust and loyalty over the past 22 years.”

In addition to his role with the AGPC, Walker also served Victoria in an honorary capacity as the founding Chairman of the Victorian Major Events Company for 10 years and as Chairman of the Melbourne 2006 Commonwealth Games Organising and Bid Committee for 10 years.

For more information on the 2015 Australian Motorcycle Grand Prix go to www.motogp.com.au