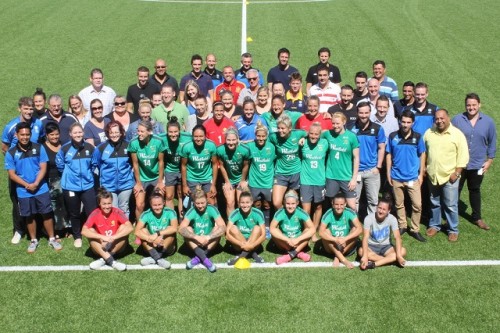 When the redeveloped Valentine Sports Park was officially opened on 21st March last year, Football NSW became the proud custodian of a brand new Home of Football, built to service the whole of the football community.

The $22 million redevelopment was completed in early 2016 after an 18-month build, and the new venue has certainly lived up to the hype.

Over 120,000 people have been through the gates in its first year of operations, with more than 132 match day events taking place across the two synthetic and three natural grass fields, plus an additional 61 school events featuring 5,000 schoolchildren.

Elite and international footballers have also shown off their skills at the venue, with the Matildas using it as a training camp, preparing for their Rio 2016 Olympics qualification and 2015 World Cup campaigns. A-League side Melbourne City have trained here as well as many NPL clubs, local community clubs, and Sydney FC’s youth teams. 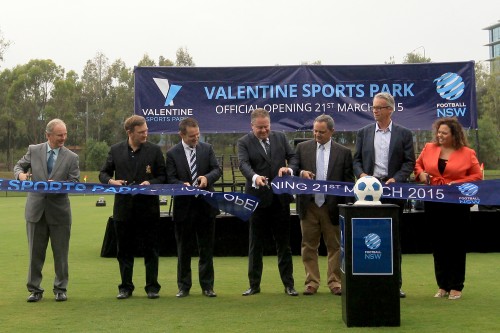 The world class facilities have also attracted international interest, playing host to Chinese Super League giants Guangzhou Evergrande, under the tutelage of superstar head coach Fabio Cannavaro, who used the grounds as a base ahead of their AFC Champions League fixture against the Western Sydney Wanderers. Chinese Super League cross-town rivals Guangzhou R&F also used this facility as its training base prior to their 2016 football season kicking off.

The DPR Korea, Ghana, Mexico, Columbia and Fiji under-20 sides all featured in special pre-Under 20 World Cup internationals, with a number of high profile rising stars on display at Glenwood.

The international-standard indoor Futsal court has also been extremely popular, hosting the Futsal National Championships for the past two years, plus F-League and Premier League competitions, with some 16,500 players showcasing their skills.

Over 2,700 people have attended FFA B-Licence and C-Licence coaching courses, with another 400 completing refereeing courses. Conference, facilities forums, numerous meetings and even a wedding expo have been held at VSP, and of course, it is the permanent home of the administration offices of Football NSW.

With football having been played on land donated by football administrator Charles Valentine since the late 1960s, in 2016 the new, redeveloped Valentine Sports Park has enjoyed a happy first birthday. 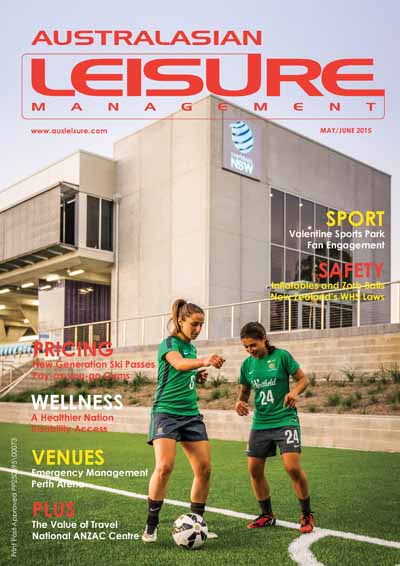 A Football NSW spokesperson stated “we look forward to supporting the world game in the state for at least another 50 years.

“It is safe to say that with this facility, the true legacy of Charles Valentine lives on.”

The redeveloped Valentine Sports Park was the subject of a feature in the May/June 2015 issue of Australasian Leisure Management.