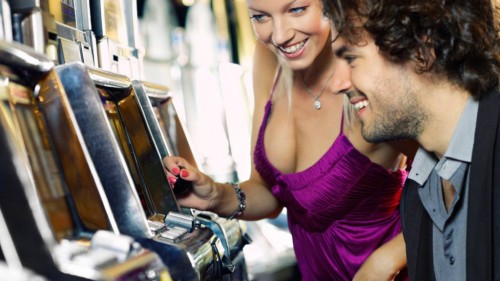 Registered clubs in NSW could welcome crowds of more than 500 people in certain locations from Monday, with the industry boasting it "heavily influenced" NSW Government decision-making.

As reported by the ABC, a ClubsNSW circular was sent to members on Wednesday announcing how venues would reopen next week under "very generous conditions"

According to an internal industry document obtained by the ABC, large clubs with multiple dining areas will be able to accommodate hundreds of patrons if they meet certain conditions.

In the communication to member clubs, ClubsNSW Chief Executive Josh Landis took credit on behalf of the association for the rapid easing of restrictions across NSW’s hospitality sector boasting that the NSW Chief Health Officer and other government officials were "heavily influenced by ClubsNSW's reopening plan".

Last week, the NSW Government that, as of 1st June, 50 people would be allowed in bars, clubs and restaurants, while also allowing large pubs and clubs with multiple restaurants or cafes to accommodate an additional 50 people per dining area.

The ClubsNSW document reveals that discussions were had with the NSW Government about capping that limit to 500 people in venues with multiple dining areas and large floor space.

According to the ABC report, Landis advised members "following further engagement by ClubsNSW, the upper limit of 500 patrons in a venue has been removed. Instead, the upper limit will be determined by the number of 'dining areas' in the club, in conjunction with the four square metre rule."

The document outlines how additional patrons might be accommodated through the use of the dining area rule.

It suggests clubs may use conference facilities as additional dining areas if they are frequently used for seated dining.

It also says some clubs may be able to use physical barriers within large rooms to split rooms into different dining areas, although ClubsNSW advises against it.

According to the document, patrons will not be required to consume food to use club facilities.

Additionally, the kitchens that service the relevant dining areas don't need to be open at all times and patrons do not need to leave the club once the kitchen closes.

On Monday, NSW will become the first state to allow gambling on the pokies since the COVID-19 shutdown, as confirmed by NSW Deputy Premier John Barilaro late last week.

The ClubsNSW document says that gaming rooms with poker machines will be fully available to members provided a 1.5-metre space is observed between players.

In a statement, NSW Minister for Customer Service Victor Dominello said that the decision to ease Coronavirus restrictions is being driven by both health and economic considerations.

Minister Dominello noted "we are working closely with a range of industry groups to save businesses and jobs, but they must comply with the rules and will be closely supervised."

Earlier this month, Prime Minister Scott Morrison announced that gaming venues could "possibly" be allowed to reopen as part of Step Three of his proposed path out of lockdown by July.

At the time, Chief Medical Officer Brendan Murphy confirmed it would be step three before "gaming type venues" could reopen.

However, it seems that NSW is moving ahead of that advice, and other states with lower infection rates, which do not have plans to reopen gaming rooms as quickly.

In Victoria, gaming rooms are due to remain closed throughout June with no plans yet to reopen.

In Queensland, poker machines are still in lockdown and won't be accessible until at least 10th July, according to its "step-down approach" to COVID-19.

In South Australia, which has only one active case of COVID-19, there is no date set for when poker machine rooms can reopen.

ClubsNSW is considered one of the most powerful lobby groups in the country.

It has previously been credited with halting proposed reforms to reduce poker machine harm such as maximum $1 bets and mandatory pre-commitment.