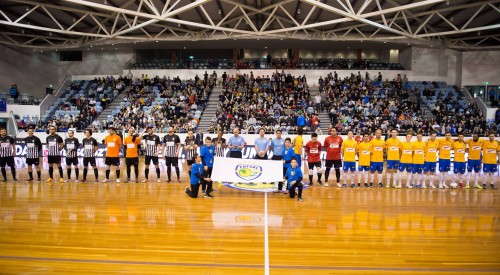 The feature match between arch-rivals Pascoe Vale and Fitzroy saw a fascinating and entertaining clash that had fans on the edge of their seat.

Falcao, playing for Fitzroy, performed some of his trademark skills, while Pascoe Vale’s Costa showed why he is a star on the rise on the international football scene, dazzling those in attendance with his blistering speed and phenomenal touch.

Fitzroy won the game 8-7 in a closely-fought contest. 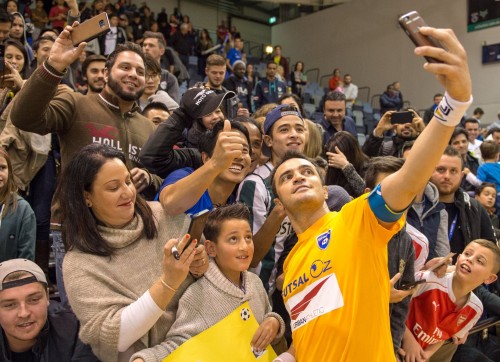 Futsal Oz Live featured three matches, with leading Series Futsal Victoria teams FC Carlton Heart and FC Balwyn hitting the court first. The match was action packed, closely fought contest that ended 3-all at the end of regular play. The game was decided in Carlton’s favour by an enthralling penalty shoot out.

The second event was an all-womens match between representative teams from Melbourne and Sydney. Armed with the world’s best female futsal star Vanessa, Melbourne ran out convincing winners 7-2. 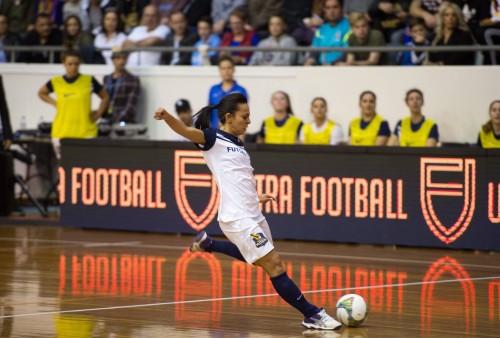 Commenting on the success of the event, Futsal Oz founder and Chief Executive Peter Parthimos stated “the response has been incredible.

“The crowd were either loud and excited, or they were silent because they were on the edge of their seat.

“I knew that this event would be a success, but it was better than that. There were some great skills, unbelievable goals and most important, people left with a greater appreciation for the game of futsal.

“I’m proud that Futsal Oz Live is now the most attended, greatest futsal event ever held in Australia and from here, the sky is the limit. I can’t wait to digest this and make the next one even bigger.

“Just to see Falcao produce some of his brilliance, and the speed and star power of Douglas Costa – all here in Melbourne – I couldn’t be happier with the outcome.” 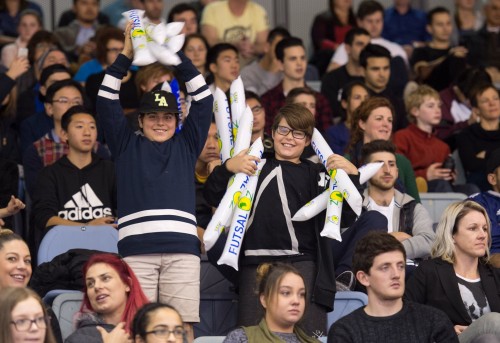 Futsal Oz is the home of elite, social and junior futsal in Victoria and Australia.

With its three international standared arenas in Brunswick, Mount Evelyn and Thomastown, Futsal Oz provides a safe and competitive way for everyone to enjoy futsal.

This year, Futsal Oz celebrates its 10th year of being a futsal organiser and provider to thousands of players.

For more information go to www.futsaloz.com.au