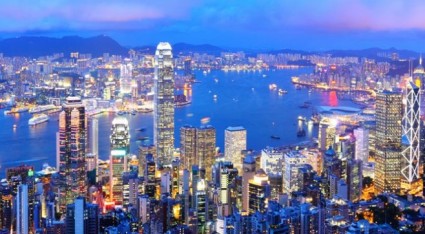 A record number of Chinese tourists are likely to travel outside mainland China this year, with Hong Kong the top destination, according to a new report.

About 133 million tourists will make outbound trips by the end of 2016, according to the report released by the China Tourism Academy and the financial services company UnionPay International.

The figure will mark an 11.5% cent rise on 2015 - with Hong Kong, Macau and Taiwan the top choices, followed by Thailand, South Korea and Japan.

The report also suggests that Eastern Europe, South America, and Central Asia are set to become popular outbound destinations for Chinese travellers in the coming years, with Chinese tourists indictaed as being increasingly likely to involved in leisure activities and learning about local lifestyles rather than just shopping.

Chinese tourists spent US$104.5 billion overseas last year, up 16.6%t on 2014, and a growing number of foreign countries are relaxing their visa requirements for Chinese tourists to tap their purchasing power.

A survey conducted by HSBC last month has also suggested that there is huge growth potential catering for Chinese tourists overseas.

HSBC estimates that the number of outbound trips from China will double over the next 10 years.