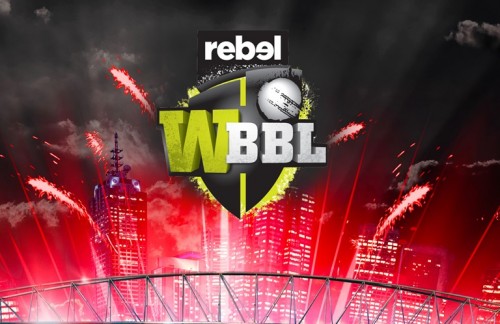 The rise of women’s cricket continues with sports retailer Rebel Sport signing on as the inaugural naming rights sponsor of the Women’s Big Bash League.

Welconing the new partnership, Cricket Australia Executive General Manager Operations Mike McKenna stated "it is very exciting to have rebel coming on board to be the naming rights sponsor of the WBBL and we look forward to working with them to make the first season of the competition a successful one.

“The major purpose of the WBBL is to inspire girls to play cricket and it is fantastic to have a well-known Australian company in rebel supporting this ambition.”

Rebel Sport Managing Director Erica Berchtold added “Rebel’s sponsorship of the Women’s Big Bash League reflects our ongoing commitment to women in sport throughout Australia, and is something we are extremely passionate about as a business.”

The eight team tournament begins on 5th December with the Brisbane Heat taking on Melbourne Stars at Junction Oval.

In total 59 matches will be played across 51 days, including eight matches televised live on Network Ten’s high definition channel One.

The league’s first televised match will Brisbane Heat take on the Adelaide Strikers at the Gabba on 19th December.