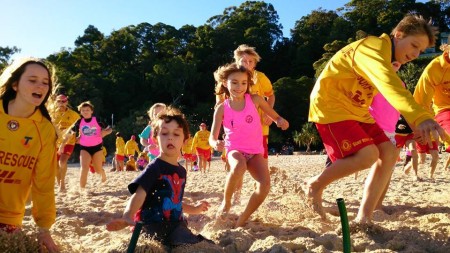 A program being rolled out across south-east Queensland is giving children with disabilities the support they need to join surf lifesaving.

In addition to Noosa, the Point Lookout and Coochiemudlo clubs jointly hold the special Nippers program at Raby Bay on the Gold Coast.

A Seahorse Nippers pilot program at North Burleigh last year attracted dozens of children with a range of disabilities including down syndrome, cerebral palsy, autism and muscular dystrophy.

The program was also introduced at the Redlands Seahorse Nippers on Saturday (7th September).

Parent Alan Gillham's told the ABC that his son Jack thoroughly enjoyed the day, stating "it's lots of fun for the kids, especially kids with learning difficulties - it's a great program.”

Lauren Watson brought her son Oliver along, saying the program was perfect for him.

Watson stated "I'd be too nervous to do it in a normal group at the moment, but to have someone beside him the whole time has been great.”

Will Hagan, organiser of the Redland Bay group, added “there's been a great uptake in the time we've had the program out and hopefully it's going to continue to grow in the future.”