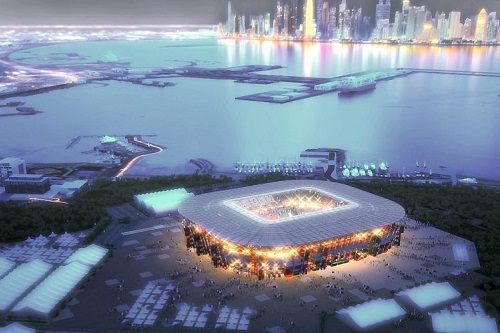 With organisers already planning the legacy of the 2022 FIFA World Cup, Qatar’s Supreme Committee for Delivery and Legacy has announced that 170,000 seats from the tournament’s eight venues will be removed and donated to countries in need of sporting infrastructure after the event has concluded.

A recent statement from Supreme Committee for Delivery and Legacy (SC) advises “Qatar will donate 170,000 seats to countries in need of sporting infrastructure after the 2022 FIFA World Cup, in co-ordination with FIFA.

“Many of the 2022 FIFA World Cup Qatar stadiums will have demountable seats, which will be removed and donated to countries in need of sporting infrastructure after the tournament has concluded. Ras Abu Aboud Stadium will be removed entirely after 2022 and repurposed into a variety of smaller sports and cultural venues.”

The 40,000 capacity Ras Abu Aboud Stadium, the first ever fully demountable World Cup stadium, has already been earmarked for relocation in a new location away from Qatar.

SC has also launched a program of registration of volunteers for the tournament, with 139,000 people registered so far.

Nasser al-Khater, Assistant Secretary general for Tournament Affairs SC, during the volunteer registration event, told the media that there will be three to five fan fest venues for the tournament while Mead al-Emadi, Community Engagement Manager, SC highlighted that volunteers of Qatar World Cup would convey the beauty of Arab culture and hospitality to the visitors.

The 2022 FIFA World Cup, the first World Cup ever to take place in the Arab world, will kick off on 21st November at Qatar’s Lusail Stadium, with the final due to take place on 18th December 2022, coinciding with Qatar National Day.

There will be eight host venues for the tournament with one, the Khalifa International Stadium already complete. Main contractor works on the other venues are expected to be completed on all venues by 2020.

According to SC, one of the unique features of the tournament is its compact nature as all proposed venues are within a 55 kilometre radius. It will take a maximum of one hour to travel between stadiums and enable fans to watch more than one live match in a single day.