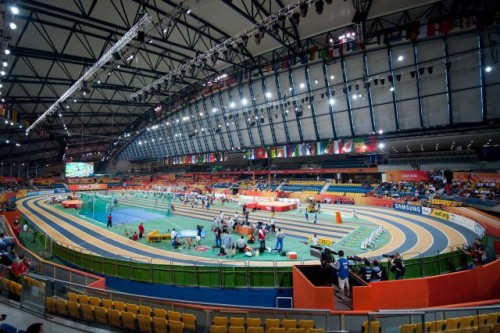 Following a succession of reveals made during the early part of this week's Aspire4Sport Congress, the Qatar Sports Venue Master Plan (QSVMP) was presented to the public for the first time during AspireBuild, the last of three forums held during the congress.

Two years in the making, the plan audited 62 of Qatar's existing sports venues for usability and proposed 11 new ones, in addition to eight venues originally planned by the Qatar Olympic Committee.

Sheikh Saoud explained "our focus since the beginning of this project has been legacy and ensuring that we avoid white elephants.

"We have watched countries build large venues and struggle later with what to do with them; and our team has worked backwards, thinking first about how these venues can be of use in the future before planning their use during major sporting events."

Referring to major stadia and other sports facilities already in the plans of Qatar Foundation and Lusail City, Al Malki added "we spent a lot of time meeting with these entities and their engineers to find out what their plans are and ensure that we were aligned.

"We've also mapped out a way in collaboration with the Ministry of Municipal Affairs to integrate all our sports venues with the transportation network that Qatar is preparing."

Al Malki explained the process of putting together the Master Plan and identified the factors taken into consideration, such as the cost of building a permanent new venue, which amounts to 12 billionn Qatari Riyals.

Concluding that the plan was put into place with the "Olympics 2024 in mind" Al Malki explained that the plan proposes 19 new venues in five zones in 'roadmap' to 2030, with the master plan envisaging that the venues have uses sporting and commercial after major sporting events.