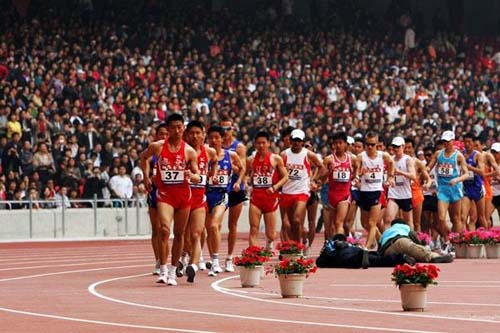 A PricewaterhouseCoopers report has said the global sports industry will rise in value from US$114 billion this year to US$133 billion by 2013, an annual growth rate of 3.8%.

The report predicts that gate receipts will expand from US$43.2 billion in 2009 to $49 billion in 2013 and remain the largest component of the market.

Clark added "long term contracts will to some degree insulate media rights from the downturn, and as a result media is the only category where spending for ongoing events increased in 2009", adding that "weak conditions in the advertising market have been limiting renewal increases since then."

The full report can be viewed at www.pwc.com/gx/en/entertainment-media/pdf/Global-Sports-Outlook.pdf