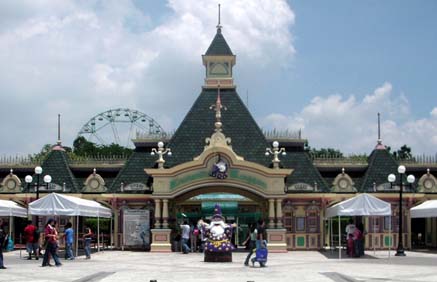 The announcement, by Enchanted Kingdom Chairman and President Mario O. Mamon, will double the park's size from its existing 15 hectares to accommodate hotels, new attractions, convention facilities and water parks.

Mamon, who is also the current Chair of the board of directors of the International Association of Amusement Parks and Attractions (IAAPA), stated that by the end of 2016 "we will build our first hotel with 200 rooms."

Adding that adding that the expansion will be funded either through borrowing or equity from existing and new foreign investors, Mamon expects to double annual capacity at the Enchanted Kingdom from the existing 1.8 million visitors to roughly four million.

He believes that attracting more overseas visitors and the planned expansion will be part of a reversal in fortunes for the Enchanted Kingdom, after visitor numbers dropped 10% last year amid the chaos of Typhoon Yolanda.

Mario O. Mamon will be a keynote speaker at the 20th Australian Amusement, Leisure and Recreation Association (AALARA) Conference on the Sunshine Coast from 13th to 15th May.

He was featured in the November/December 2013 issue of Australasian Leisure Management.