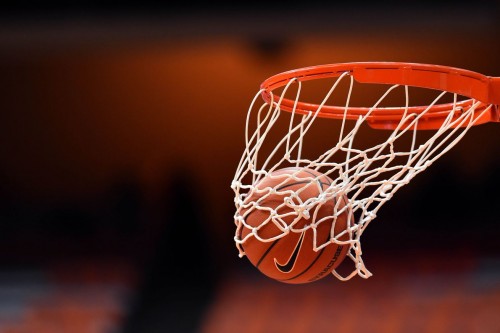 The financial year result was the third consecutive year the Sports Foundation has received over $43 million.

Advising that the result shows the high regard Australians place in sport and the important role sport plays within communities, Foundation Chief Executive, Patrick Walker stated “the 2018/19 financial year was another strong result for the philanthropic funding for sport at all levels throughout Australia. Sport helps create better, healthier and more vibrant societies and we thank Australians for their continued generosity and support of their club and community.

“Active sports participation has many proven health benefits such as combatting obesity and other health problems that are linked to sedentary lifestyles, including heart disease and cancers.

“Sport also has the unique ability to bring together people from different backgrounds and cultures and provides a positive movement for social change and social inclusion, particularly in multi-racial communities where participation and involvement can provide a unified bond.”

Noting several fundraising highlights in 2018/19, Walker added “we saw a 41% increase in the number of donations received - up from 17,592 donations last year, to a record 24,937. This means more clubs received more philanthropic support from more members and supporters. This increase in volume is highly encouraging and bodes well for the future.

“Additionally, the number of fundraising partners grew by almost 20%, taking total numbers fundraising with us to over 2,600.

“Representative athletes raised more than $2.4 million in FY19 to support their training, coaching and competition costs - more than double the previous year.

“With an Olympic year upon us, we aim to help our hardworking - and often unsung - Olympic and Paralympic athletes get the best support possible in the run up to Tokyo 2020.”

“Most national and international standard athletes do not receive grants, subsidies or scholarships and therefore will be reliant on tax deductible fundraising via the Sports Foundation to help them compete against our better-funded international competitors.”

Here Walker advised “basketball’s result was quite stunning. The sport has some ambitious plans for the new financial year and further improvement is anticipated.” 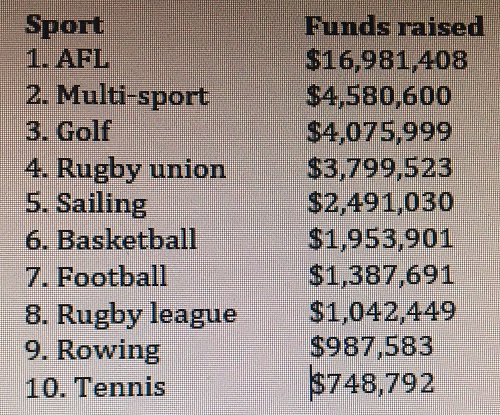 The Foundation was established by the Federal Government in 1986 to incentivise community, corporate and philanthropic investment in sport.

It is listed in the Income Tax Assessment Act as a Deductible Gift Recipient (DGR) and is the only body in Australian that can provide tax-deductions for donations of $2 or more to sports projects.

It has also established a Charitable Fund, enabling it to receive financial support from Private and Public Ancillary Funds and Charitable Foundations.