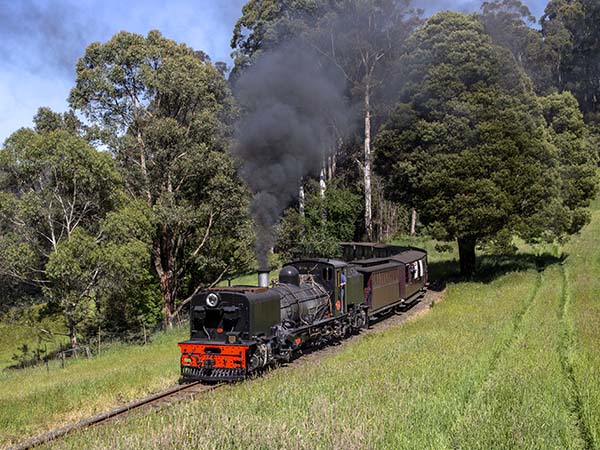 On behalf of the Board, Chairman, Tim North acknowledged the significant contribution by the current Chief Executive, Steve O’Brien and thanked him for his stewardship over the past two years. O’Brien is due to complete his term on 29th January 2021.

North noted “Puffing Billy is an iconic heritage rail attraction and one of Australia’s most recognised and loved visitor experiences. As Victoria rebounds from the impacts of COVID-19, the role Puffing Billy plays in the local community of the Dandenong Ranges could not be of greater importance.

“Peter will bring rail, museum, and volunteer experience as well as deep tourism knowledge to this role…he will bring an informed and fresh perspective for our next chapter.”

Abbott is currently the General Manager of SeaLink South Australia where he directly managed the effects of the recent bushfires. He was formerly a Board member of Australian Museums and Galleries Association (Victoria) and member of VicTrack’s Tourist Heritage Rail Strategy Development Group.

Abbott advises “I’m looking forward to working with the Board and team, volunteers and the local community, as well as launching the new Lakeside Visitor Centre early next year.”

Abbott grew up in Yarra Junction where his father still lives, and he is looking forward to returning to the region and commencing in his new role on 1st February 2021.