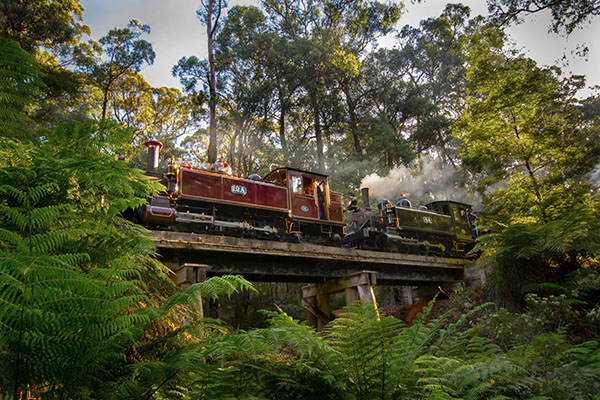 Puffing Billy Railway has announced the appointment of two new members to the Emerald Tourist Railway Board of Management, Dianne Smith, and Michael Mangos.

Selected by the Victorian Minister for Tourism, Sport and Major Events. Martin Pakula, the new appointments will provide valuable knowledge and perspectives to the existing Board in their continued commitment to preserve and operate Australia’s premier heritage steam railway.

Dianne Smith has been the Chief Executive at the Melbourne Chamber of Commerce since 2016 and held previous roles that include Chief Executive of the Victoria Tourism Industry Council, Manager of Tourism Partnerships at Parks Victoria, and Chief Executive of Ballarat Tourism. Smith’s core competencies include government relations, advocacy and communications, business and industry development and commercial operational management.

Michael Mangos is the Director of Stakeholder Partnerships and Community Relations at Deakin University. Mangos’ core competencies include managing and influencing key stakeholders and customers, provision of strategic advice, and developing and implementing strategic plans and corporate communication strategies.

The new appointees will join James Pinder, Campbell Rose, Justine Heazlewood and Judy Maddigan who have been re-appointed by the Minister to the Board for another term.

Tim North has been reappointed as the Chair and notes “the two new members bring impressive skills and strength in a multitude of fields and, on behalf of Puffing Billy Railway, I welcome them to the Board.”

The Railway also expressed its gratitude to retiring Board Members, Roger Clifton, and Paul Lappin.

Clifton served on the Board for the last two years and made a major contribution both to future strategy and implementing the change management program. He also chaired the Board’s Commercial Sub-Committee.

Lappin served on the Board for the last two years and contributed significantly to the success of current major infrastructure projects. He also chaired the Board’s Finance, Audit and Risk Committee.

North added “Paul and Roger’s contributions to Puffing Billy Railway have been outstanding. On behalf of the Emerald Tourist Railway Board I wish Paul and Roger all the best for the future.”

For more information on Puffing Billy Railway go to www.puffingbilly.com.au