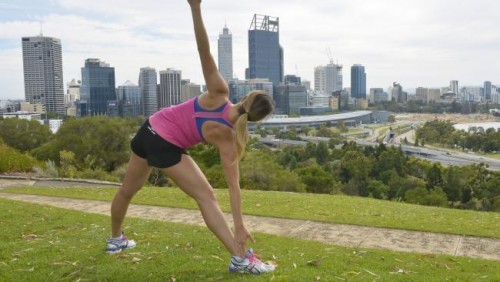 As a result of fitness groups putting pressure on space and parking, Perth's Kings Park has introduced a charging system for fitness classes using its grounds.

Explaining the introduction of the fees in a recent interview with 720 ABC Perth, Botanic Gardens and Parks Authority (BGPA) Chief Executive Mark Webb said the move echoed that of local governments who had introduced fees for group training sessions.

He suggested that with Perth councils charging fitness groups some had moved to Kings Park to avoid the fees, stating "we welcome use of Kings Park, formally or informally (and) we are trying to manage the organised fitness groups' use of the park so that it doesn't negatively impact on other users of the park.

"Many groups want to use the Fraser Avenue precinct and that means we are trying to manage high demand in a fairly limited area.

"Kings Park is a large place, but there are some parts of the park we don't allow organised fitness, like the State War Memorial and the Botanic Gardens."

Introduced at the beginning of November, Kings Park has been charging $100 for four one-hour sessions in six designated areas in the park and is monitoring the system to assess if the fee structure is working.

Currently the adjacent City of Perth council charges $80 for a three-month permit for groups of 10 or more to use the city's parks for fitness classes.

The City of Stirling in Perth's northern suburbs charges up to $2,200 for an annual permit.

Webb added "what we want to do is charge organised fitness groups, which tend to be 10-25 people, for using an area of Kings Park and try and make sure there are not too many groups in one area."

There will be no charge for groups of people who get together to jog or play informal sport where a coach or trainer is not being paid to run the session.

Webb said the authority was also aiming to manage parking in Kings Park with the booking system.

He continued "at different times, in the morning and late afternoons, it is very difficult to get parking in Kings Park for people who just want to come in and have a look around.

"Some of this is driven by people using it for organised fitness groups and also by people who use the park as free parking then go into West Perth or even down to the city.

"There is signage in Kings Park saying if you park there you must be using Kings Park." 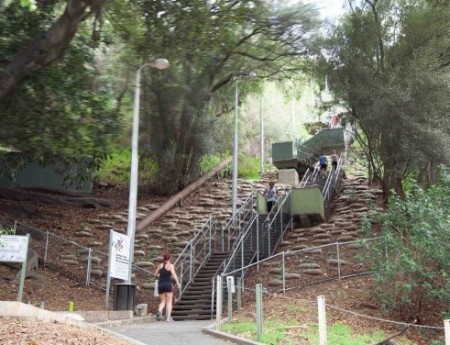 He also stressed that the BGPA had experienced problems for years with visitors using free parking to go to the nearby Jacob's Ladder staircase to exercise and that rangers would issue warnings and fines.

However, he concluded "it's important that we leave the parking free for Kings Park visitors."

In 2010, the City of Stirling proposed, but later reversed, a plan to charge personal trainers up to $30 an hour for the use of public parks and grounds in a move that could have seen trainers pay the Council as much as $15,000 a year. Critics dubbed the proposed high fee a 'sweat tax'.

For more information go to www.bgpa.wa.gov.au/kings-park/events/bookings/fitness-training

Images: Given its proximity to the Perth CBD, Kings Park is popular location for fitness (top) and the Jacob's Ladder staircase (below).