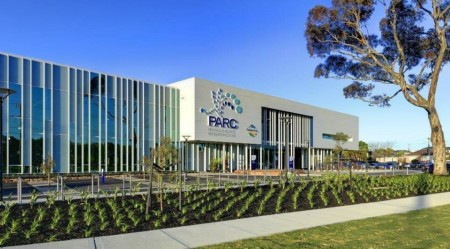 The response by facility management company Peninsula Leisure to an October 2017 crisis has been recognised in the third Australasian Leisure Management Communication and Marketing Awards.

Named as the recipient of the 2018 Crisis Communications Award, the award recognises Peninsula Leisure’s team for successfully managing a crisis at the Peninsula Aquatic Recreation Centre (PARC) that posed a significant disruption to business.

A critical malfunction within the pool infrastructure led to the closure of PARC’s 50 metre pool, learn-to- swim pool and aquatic playground for eight weeks prior to Christmas.

While the impact was evident in post event customer surveys, a 79% positive rating from 950 respondents was recorded with the mean response as ‘extremely satisfied’ (10/10) when asked how Peninsula Leisure (PL) handled the closure.

The crisis commenced when a malfunction was first detected on Friday 13th October 2017 through scheduled early morning inspection. The anomaly was immediately reported to the pool duty manager and operations manager.

After initial inspection, the Chief Executive Tim Gledhill and General Manager Simon Beqir were notified of a potential crisis and within 30 minutes the crisis management team - consisting of Gledhill and Beqir along with the facility’s operations manager, marketing manager, digital marketing coordinator and swim school manager - convened to determine the immediate actions.

1. Initial assessment: An expert pump engineer was engaged to investigate the issues.

2. A holding statement was formulated to notify staff and customers of the immediate pool closure during the investigation phase. By the afternoon the investigation revealed that the malfunction was critical and the crisis would soon escalate with a closure for several days, possibly weeks imminent. An approved holding statement was posted on social media notifying customers of events with Gledhill and Beqir assuming the roles of media spokesperson and backup spokesperson.

• A crisis phone line was set up, speaking points and release statements for media were prepared and enquiries on social media were responded to.
• Gledhill notified senior stakeholders: the PL Board, Frankston City Council and PL’s Chair.
• Staff were notified on the communications platform (OneLan) with instructions to refer enquiries to the crisis media contact number. Staff were instructed to not comment on social media during this time.
• All PARC members were emailed.
• Centre signage was developed for casual users.

4. Business continuity: Beqir held meetings with area team leaders to understand the scope of interruptions to business and continuity planning: birthday party bookings were rescheduled, schools were notified, all learn-to-swim, aquatic and complete members were emailed and telephoned. 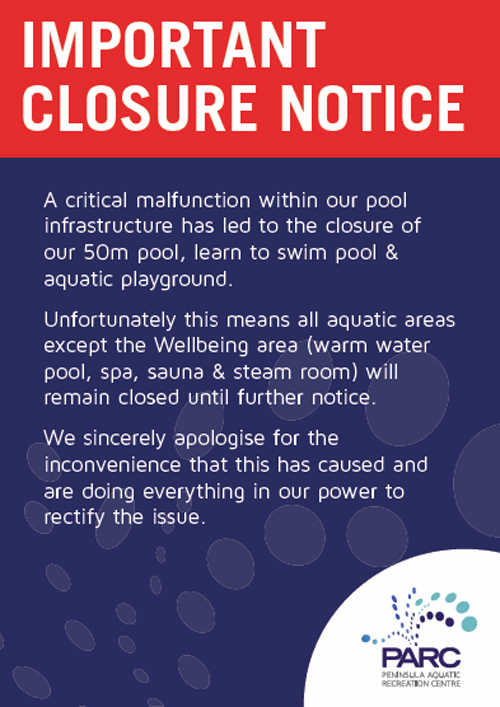 5. Contingency planning: As the crisis dragged into the second week, a contingency plan was developed to divert customers to a nearby outdoor seasonal facility. The Pines Forest Aquatic Centre was opened one month early with free entry for PARC members. PARC’s gym and spa remained open. Fees were suspended for swim members.

6. Ongoing communications: The communications team implemented updates each week of the crisis for eight weeks. Approved messages, were delivered to staff, members, casual users, stakeholders and media. Management ran a series of face to face meetings for members to keep them informed.

7. Recovery: The crisis was finally resolved on 10th December. Re-opening messages were delivered via email, social media, staff were thanked through OneLan while door signage announced ‘We are open’.

The recovery plan targeted each customer segment with:

• Media advertising in local papers with editorial thank you message.
• A free breakfast for aquatic members and follow up community BBQ.
• Personal postcard thanking members with a free coffee.
• Summer on us campaign for new members: ‘Join now and don’t pay until 22 Jan’.
• Group Exercise: 24 Classes of Christmas to encourage consistent participation. 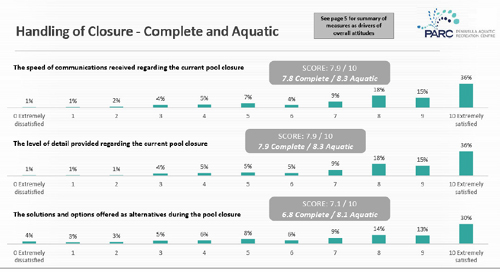 8. Satisfaction surveys: Post-event surveys were delivered to members and casual users. Questions addressing staff handling of the situation (speed, level of detail, solutions) averaged 7.9/10 with the mean response as "Extremely satisfied". PARCs transparency and willingness to engage with members was a key contributor to satisfaction.

Announcing the Award, Nigel Benton, Publisher of Australasian Leisure Management, stated “receiving an Award for dealing with a crisis may seem like a barbed compliment, but this Award is emphatically not such a thing.

“It is inevitable that a crisis will occur in any business or organisation and what this Award seeks to do is recognise how communications are handled when that happens.

“At worst poor communications management of a crisis can have a massive negative impact on a business while, at best, as we can see with how Peninsula Leisure handled this challenge, can generate customer satisfaction and enhancement of and confidence in a brand.”

Being presented for a third time this year, the Australasian Leisure Management Communication and Marketing Awards recognise excellence in communication and marketing in all sectors of the leisure industry - aquatics, attractions, entertainment, events, fitness, parks, recreation, sport, tourism and venues - in Australia and New Zealand.

Beyond announcement of the recipients, the Awards will be presented in a series of one-on-one meetings over the coming weeks.