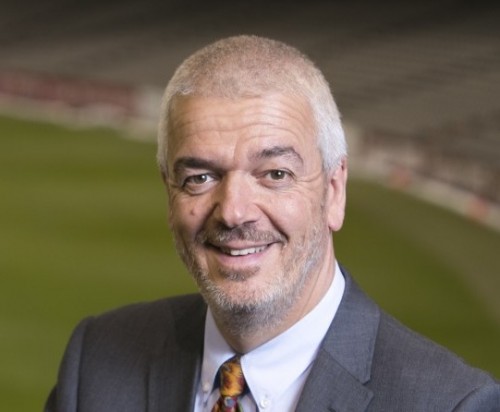 Melbourne Stadiums Limited, the managers and operator of Etihad Stadium, have announced that Paul Sergeant is stepping down from his role as Chief Executive.

Sergeant was appointed in October 2012 and has been instrumental in attracting a diverse range of events to the venue together with making key operational enhancements. These include the installation of a fully functional Wi-Fi and IPTV system, reduced catering pricing and transformation of the stadium’s playing surface.

A statement from the Melbourne Stadiums Limited Board explained that it was “disappointed to see Mr Sergeant go”, advising that he had done a tremendous job broadening audiences and introducing diverse new events to Etihad Stadium.

The statement added the “board and investors extended sincere thanks and wish him well for the future.”

Commenting on his departure, Sergeant explained “I have had three-and-a-half wonderful years at Etihad Stadium and I thank the Investors, Directors and staff for their support during this time.

“I’m thrilled with all we have achieved as a team. It’s been a great summer including UFC193, the Australian Speedway Grand Prix, AC/DC culminating in the hugely successful Royal Edinburgh Military Tattoo, however, the time has come for me to move on.”

The Director of Operations of Melbourne Stadiums Limited, Michael Green - a long-standing member of the Etihad Stadium leadership team - has been appointed acting Chief Executive while recruitment for Sergeant’s successor commences.

Green joined Etihad Stadium in 1998 when it was still under construction, and oversaw the development of corporate and membership products, as well as the initial sporting tenancies.

Since then, Green has fulfilled a range of positions including Chief Operating Officer, General Manager of Sales and Marketing and General Manager of Commercial Business and brings a wealth of experience and knowledge to the role.