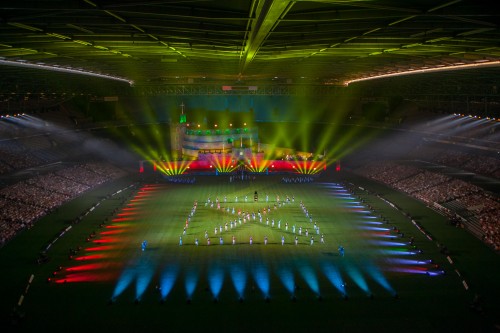 The world famous Royal Edinburgh Military Tattoo, with all its finery, performed to capacity crowds of over 150,000 at Melbourne’s Etihad Stadium over the weekend - leaving a stunning impression on those who attended.

Lovers of the Tattoo, some of whom booked tickets months in advance to avoid disappointment, took their seats over the under the Etihad Stadium roof, to see what the patron of the event, Her Royal Highness, Princess Anne described in the official program as a “once in a life time experience”.

Through five performances, starting on the evening on Friday 12th February and followed by matinee and evening shows on Saturday and Sunday, attendees witnessed over 1,200 performers present a unique blend of military ceremony, music and entertainment.

Brought together exclusively for audiences in Melbourne and Wellington (where it moves to next weekend) and featuring a full size replica of Edinburgh Castle, the event featured the massed pipes and drums of Scotland’s famous Regiments and performers from around the world, becoming one of the biggest entertainment events to ever perform at Etihad Stadium

Etihad Stadium Chief Executive Paul Sergeant said in a sense he was not surprised to discover data which showed that 38% of the crowd had flown in from either overseas or interstate.

Sergeant explained “that’s the mark of an internationally acclaimed show – when you hear that well over a third of your patrons were willing to dig deep to fly in and pay for accommodation, you know you are on a winner.”

Given all its logistics and the fact that it was only the fourth time the full show had left Edinburgh, Royal Edinburgh Military Tattoo organisers were not surprised to hear that the Tattoo was the biggest live event staged in Melbourne since the Opening Ceremony of the Commonwealth Games in 2006.

The cast and crew required the equivalent of 12,000 room nights while it was estimated they were served just a meagre 37,000 meals during their Melbourne stay.

As a result, Sergeant says the Tattoo was not only a great event for his venue but an even bigger event for Melbourne. 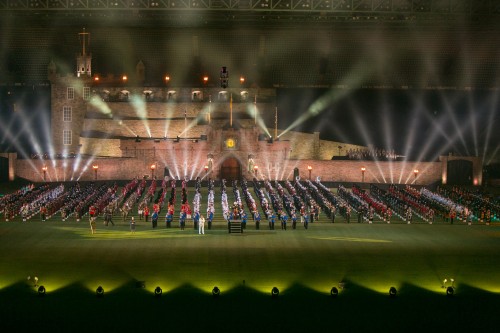 Sergeant added “it was impossible not to observe that nearby cafes and restaurants were doing a roaring trade off the back of the event.

“The local restaurateurs, the bar managers and coffee shop proprietors had grins ear to ear.

“We know from feedback that patrons had an absolutely awesome time just as our stadium team enjoyed preparing and setting up for such outstanding entertainment."

The Royal Edinburgh Military Tattoo is one of the most famous events in the world, playing to around 220,000 people each year in Edinburgh and attracting an annual television audience of 100 million.

Commenting on the success of the event, Tattoo Chief Executive and Producer Brigadier David Allfrey, said the show sold more tickets for five performances in Melbourne's Etihad Stadium than any other act.

Brigadier Allfrey stated "we've sold more tickets in Melbourne than U2 or AC/DC or Barbra Streisand or One Direction ... it's great rock'n'roll credibility.”

Now, 50 or so AFL matches are on the agenda.

For more information go to www.edinburghtattoo.com.au